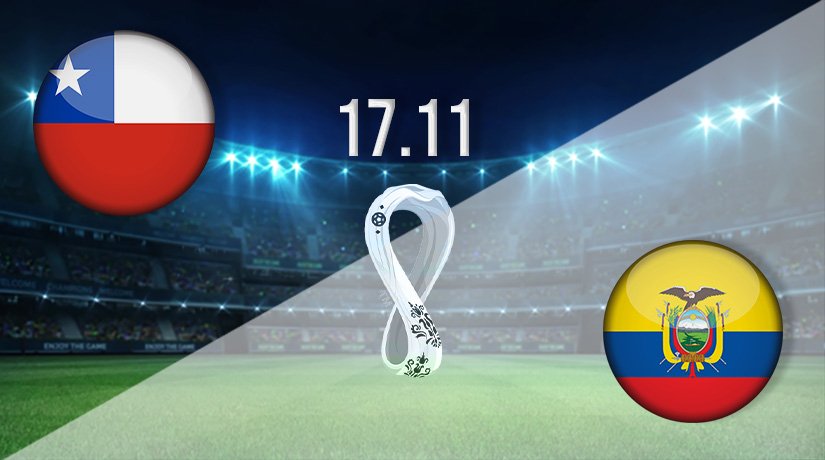 Chile and Ecuador are two nations currently inside the qualification spots for the World Cup next year. However, a defeat for either will open the door for the nations beneath then, which means it will be a must-win game for both on Tuesday night.

The qualification campaign in South America is an extremely tight affair below Brazil and Argentina. Brazil’s place in Qatar is already assured, while Argentina are on the verge of joining them. However, for Ecuador and Chile, they will need to remain at the top of their game throughout the remaining seven rounds of fixtures in South America.

Ecuador’s position is slightly stronger coming into this fixture, as they are third at present, having picked up 20 points. They have a decent four-point gap over both Chile and Colombia, but will be aware that they face huge games against Brazil and Argentina over the coming months, which means that they will be keen to have an advantage over their rivals.

Only Brazil have scored more goals that Ecuador in qualification, while they also have the third-best defensive record. Ecuador won for the second straight game last Thursday, as Piero Hincapie scored the winner against Venezuela.

Chile will be hoping to reach the World Cup finals for a tenth time in 2022, but will face a fight to accomplish that. They are currently on 16 points, which is the same number as both Colombia and Uruguay. However, their superior goal difference ensures that they sit in the final qualification spot at present.

Their form is very strong coming into this qualifier, as they have won their last three without conceding a goal. Their most recent success was picked up against Paraguay last Thursday, as Alexis Sanchez scored the winning goal early in the second half.

Chile vs Ecuador Head to Head

Chile have won the lionshare of fixtures between these nations, as they have picked up victories on 30 occasions in the 55 previous meetings. Ecuador have won on 12 occasions. Chile are also unbeaten in three coming into this fixture on Tuesday evening.

Chile’s strong form is certainly a hard factor to look past in this fixture. They have been on a roll in qualification in recent months, and we could see them taking a huge stride towards qualification with a huge victory against one of the only nations above them.

Make sure to bet on Chile vs Ecuador with 22Bet!