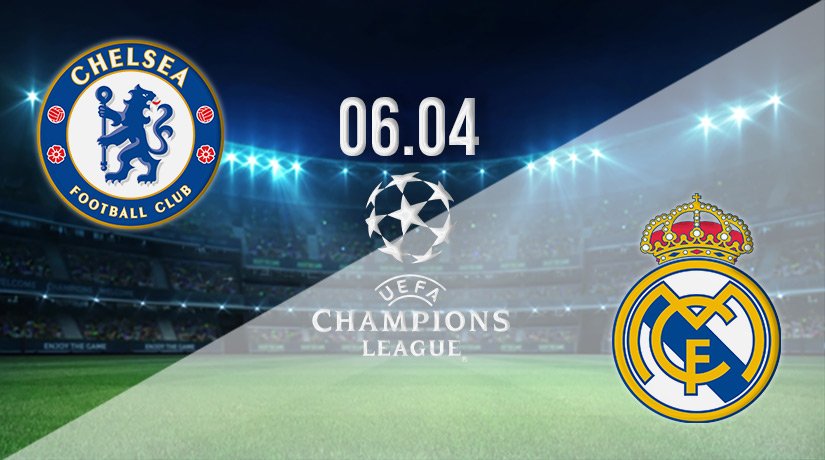 Can Chelsea Get Back to Winning ways Against Real Madrid

After the shocking 4-1 defeat at home to Brentford on Saturday, Thomas Tuchel’s men will be hoping to pick up the pieces in time for the visit of European giants Real Madrid for the tie of the round.

Tuchel will hope his side can bounce back straight away in the most important tie of their season so far as they bid to defend their European title.

Adding to the spice of the match is the fact that Chelsea knocked Real Madrid out of this tournament last season on their way to winning it in Porto. Los Blancos will be looking for some revenge.

Real Madrid also have former Chelsea stars Eden Hazard and Thibaut Courtois playing for them, while Chelsea have the former Madrid player Mateo Kovacic plying his trade at Stamford Bridge.

Chelsea also have to overcome the sanctions placed on their owner Roman Abramovich and the sale process underway to transfer the club to new owners, which have been considerably distracting for Thomas Tuchel and his players.

Can Madrid Take a Positive Result at Stamford Bridge Ahead of the Second Leg Next Week?

Carlo Ancelotti’s side bounced back from their 4-0 drubbing at the hand of their bitter rivals Barcelona last week with a 2-1 victory at Celta Vigo on Saturday.

The win means that Los Blancos retain a 12 point gap with second-placed Barcelona, with the Blaugrana having a game in hand. This gap is crucial in the run-in as Real Madrid seek to take the title away from Atletico Madrid.

Los Blancos will also be hoping to take a significant step in the quarter-final tie against Chelsea as they bid to win a record 13th Champions League title.

With the first leg at Stamford Bridge on Wednesday and the second at the Santiago Bernabeu a week later, Ancelotti’s men will be hoping to take a good result away from home before sealing progression in front of home fans.

After five straight victories in the English Premier League, Chelsea were shocked at home in a 4-1 reverse against Brentford.

This defeat is pulling Chelsea into a top-four race with the chasing pack of Tottenham, Arsenal, West Ham, and Manchester United.

The defeat was also the worst possible preparation for the massive clash with Real Madrid on Wednesday for the Champions League quarter-final first leg.

Thomas Tuchel will hope that his side can react quickly to be ready for the Spanish League Leaders.

Los Blancos have been in good form in recent matches, except for the 4-1 defeat to Barcelona last week.

They bounced back to winning ways with a 2-1 triumph at Celta Vigo, which established a 12-point lead ahead of second-placed Barcelona.

Real Madrid will be hoping to carry their domestic form to their clash with Chelsea on Wednesday at Stamford Bridge.

Thomas Tuchel has all his players fit and available except for the long-term absentee Ben Chilwell, who is recovering from a ruptured cruciate ligament and is expected back by June 30th, 2022.

Winger Hudson-Odoi is also a doubt for the Real Madrid match having not returned to training yet.

Real Madrid will be without the services of Eden Hazard (fissure of the fibula), Isco (back trouble), and Luka Jovic (knock).

The German has been in good recent form and is keeping Romelu Lukaku on the bench. His pressing, work ethic, movement, and link-up play are crucial for Chelsea.

Havertz will be crucial for Chelsea in the clash with Real Madrid.

The French international has been the Los Blancos talisman this season. He will be the main threat for Chelsea at Stamford Bridge on Wednesday.

Expect Chelsea to play on the front foot and retain the lion’s share of possession. Expect Real Madrid to be pragmatic and to pick their moments when to go forward through their pacey wide players, especially Vinicius Junior.

A draw is the favoured result for this quarter-final fixture.

Make sure to bet on Chelsea vs Real Madrid with 22Bet!