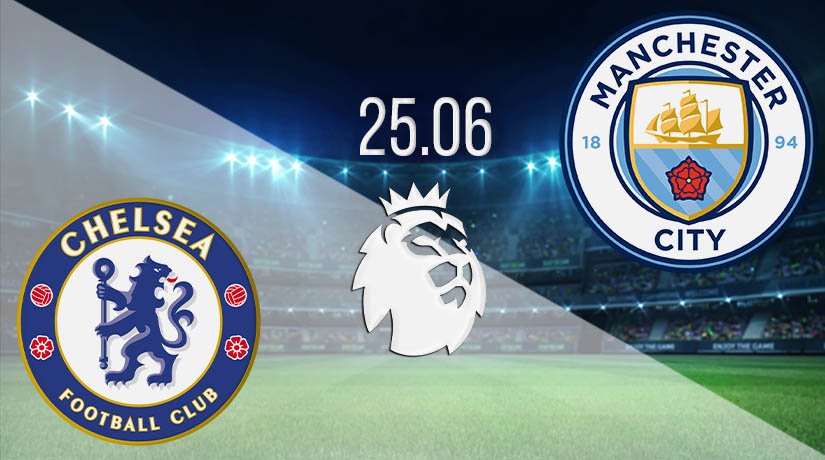 All eyes on Thursday will be on Stamford Bridge as Manchester City travel to London to face Chelsea in what is sure to be one of the most exciting games since the restart. But, will the Citizens be able to get the three points that they need to ensure that Liverpool’s wait for the title continues?

Chelsea vs Manchester City is typically one of the most exciting games of any season, but the pressure going into this fixture is really on Chelsea. The Blues lead in the battle for a finish in the top four could be just two points should Manchester United pick up three points against Sheffield United, and a victory here for Blues could mean that the confidence of their challengers could be damaged beyond repair.

Frank Lampard’s side returned to Premier League action with one of the best performances of the weekend as they beat Aston Villa 2-1 on Sunday. Chelsea were far more dominant than the scoreline suggested, with Villa scoring against the run of play to take a shock lead. However, the Blues stuck to their gameplan in the second period and were able to get the win after goals from Christian Pulisic and Olivier Giroud. Mason Mount was the star of the show in that fixture, and he will once again be crucial to Chelsea’s attacking plan.

Manchester City have been in incredible form since the restart. It is hard to believe that they are 20 points behind Liverpool, as Pep Guardiola’s side have been playing the football of champions. The Citizens have scored eight goals since the restart and are yet to concede. Phil Foden has been a star for Guardiola’s side over the last two games as he has scored three goals.

Two of those came in their 5-0 win over Burnley on Monday, while Riyad Mahrez also scored a brace and there was a goal for David Silva. This will be a completely different challenge, but Guardiola will be determined to get the win, so Liverpool will have to wait until the first week of July to win the league.

Chelsea have endured a difficult run against Manchester City, as the Blues have won just once in the previous seven in all competitions. That victory came back in 2018, but since then City have won all three games. In those three wins, the Citizens have scored eight goals and Chelsea have scored just once. The last meeting between the sides was a 2-1 win for City.

Both of these teams have restarted the season in excellent form, which will make this an enticing match for all football fans. However, it’s hard to see past Manchester City claiming the win as they have been playing superior football since the restart, while Chelsea’s defence has still looked shaky.

Make sure to bet on Chelsea vs Manchester City with 22Bet!