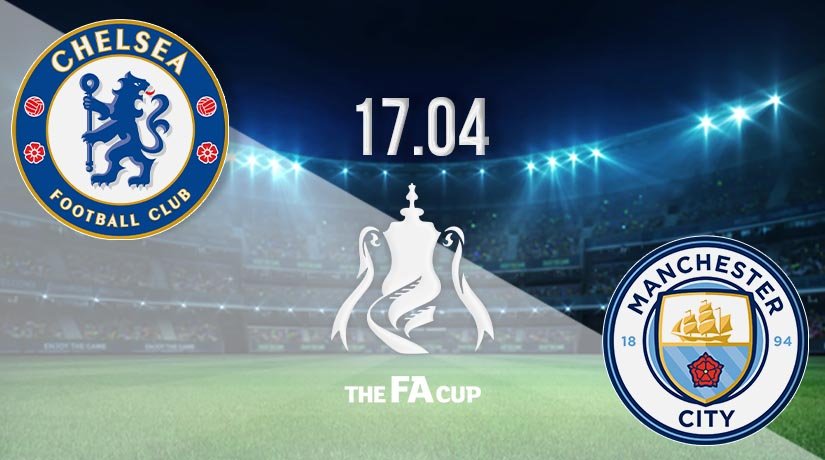 The most exciting game of the weekend comes from London as Chelsea play host to Manchester City in the FA Cup semi-final. This will be the second outing of the week for both teams after their involvement in the Champions League quarter-finals. Which team will win this game and progress to the final of English football’s favourite knockout competition?

This will be the second meeting of these teams this season after Man City ran out comfortable 3-1 winners in the Premier League back in January. It was a relaxed outing for the Cityzens, who blasted themselves into a 3-0 lead inside 35 minutes before the Blues hit a consolation goal with 90 on the clock. The pair haven’t met in the FA Cup since 2016, Chelsea winning 5-1 on that occasion.

Chelsea shot down the Eagles

The Premier League Chelsea are pushing for a top-four finish and spot in next season’s Champions League competition. They have every chance of achieving that if they continue their recent form, but the Blues would love to sign off for the campaign by giving fans silverware. Chelsea has a fantastic reputation in the FA Cup and would dearly love to continue that with another winners medal, hopefully with thousands of fans in attendance.

Chelsea has won only one of their last three league matches, but the spare did come over Crystal Palace last weekend. That match ended in a stunning 4-1 away victory for the Blues, with Pulsic scoring a double. Confidence is high in the camp.

Manchester City entered the week with high hopes of winning the Premier League, Champions League and FA Cup. They have dominated English football in recent times but eventually lost their crown to Liverpool last season. The league trophy is making its way back to the Etihad Stadium this spring, and Man City will end as league champions barring any late collapse and stunning finish by rivals Man Utd.

Despite being 11 points clear of the Premier League’s chasing pack, Man City has lost two of their last five in the league. They were beaten in dramatic circumstances by Leeds United last weekend, a late goal from Dallas winning it for the 10-men of the Peacocks. That result dented City’s ego, and they’ll want to bounce back quickly.

This match is an opportunity for both teams to forget about their league campaigns for the afternoon and concentrate on making it to the final of the FA Cup. Man City are flying high in the league, but this is a 50/50 match. Chelsea knows if they beat Man City this weekend, they will be favourites to lift the trophy.

Man City may have bigger fish to fry in the coming weeks, but after losing the league, last season Pep Guardiola’s men will be going all out to dominate football again. They will want to prove beyond all doubt they are the number one side in English football.

Make sure to bet on Chelsea vs Man City with 22Bet!