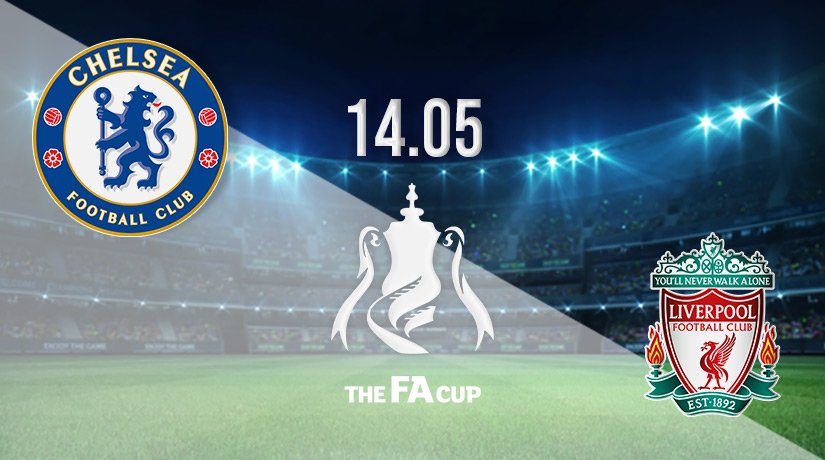 Chelsea and Liverpool meet at Wembley Stadium, London, on Saturday from 16:45 GMT to decide this season’s FA Cup. This match is a little earlier in the year than usual, but fans will turn out in their numbers in a bid to cheer their favourites on to victory. The Blues play the Reds, but which team will come out on top and win one of European football’s best-loved trophies? There’s all to play for here, and we have a fascinating contest ahead with extra time and penalties available if needed.

Chelsea travel across the capital and will enjoy a huge support at the national stadium as last season’s Champions League winners and this year’s Club World Cup champions aim to land another piece of silverware. To achieve that, they must defeat a Liverpool side that have made it to the final of this year’s Champions League and also have a recent record of winning silverware. This match will be a fantastic advert for British football and for the FA Cup, which is already one of the most-watched finals.

This will be the fourth time this season Chelsea and Liverpool have met and the second time they have contested a cup final. Liverpool are chasing a repeat performance after beating Chelsea in the final of the EFL Cup at this venue back in February. That match finished goalless after extra time before going to penalties. It was a marathon shootout that was eventually won by the Reds 11-10, with both goalkeepers taking a spot-kick. Will the Blues get their revenge, or will Liverpool wrap up a cup double?

Chelsea were handed a London derby in the previous round, and they rose to the occasion, beating Crystal Palace to book their spot in the final. They have a long and successful history in this competition, and the players would love to sign off from a decent campaign by gifting fans a trophy. They may have lost their Champions League title after being eliminated by Real Madrid in a breathtaking match, but they have secured a top-four finish in the Premier League, were runners up in the EFL Cup and have made the final of this competition. That gives fans a reason to be hopeful.

We last saw Chelsea in FA Cup action during that win over Palace when the Blues progressed thanks to a comfortable 2-0 win. In what was a tight match for the first hour, Chelsea eventually took the lead on 65 minutes when Loftus-Cheek broke the deadlock. The second goal, which was scored by Mount on 76 minutes, knocked the stuffing out of a well-organised Crystal Palace side that done well to make it to the last four. It was a real show of strength from the Londoners, and they will be ready to finish the job in the final.

Despite their run to the final of the EFL Cup and FA Cup as well as the latter stages of the Champions League, Chelsea appear to have downed tools in the Premier League, winning just one of their last five games. Their last three league starts have produced two points from a possible nine, with the stats from that period showing draw-lose-draw. Chelsea were held to a 2-2 draw by Wolves at the weekend despite enjoying home advantage over an opponent they were expected to beat. A double from Lukaku was matched by late strikes from Trincao and Coady, with the equaliser scored with 97 minutes on the clock.

Liverpool’s semi-final was a far more exciting affair than the one played by Chelsea. The Reds were drawn against Man City, who started the season as favourites for a domestic clean sweep as well as success in the Champions League. Things didn’t go to plan for the Cityzens, and Liverpool played a part in that. They are pushing Pep Guardiola’s side in the Premier League, knocked them out of the FA Cup and have a place in the UEFA final. Jurgen Klopp and co currently have a chance of dominating English football and winning the Champions League. It’s exciting times for everyone connected to Anfield.

The semi-final between Liverpool and Man City was a five-goal thriller with the Reds winning 3-2. The goals in that match were scored by Konate and Mane, who hit a double, while the Cityzens replied with goals from Grealish and Bernardo Silva. The latter scored in added on time at the end of play to set up a nervy finish, but the match gave us a deserving winner. Liverpool raced into a 3-0 lead in that game before seemingly dropping their guard.

Liverpool’s title challenge did take a knock last weekend when they were held to a 1-1 draw by Tottenham at Anfield. Every league game between now and the finish line is important, with Man City pushing ahead with their title defence and dropping two points will be a tough one to take. It was Spurs that took the lead in that game when Son Heung-Min scored on 56 minutes, but Diaz found the net on 74 minutes to snatch a share of the spoils.

This will be a fascinating match and one that should catch fire early. There will be no feeling out or sparring with the teams already playing three times this season. Both the blues and the reds can get right down to business and set about winning the FA Cup.

If you are a follower of the form, you may find it useful to know each of those three meetings finished level with that 0-0 in the EFL Cup following a 2-2 at Stamford Bridge and 1-1 at Anfield.

The pre-match betting has Chelsea trading at 2.005 while backers of Liverpool will find 22bet offering 3.6. The draw can be backed at 3.6. Several specials are available, such as both teams to score, total goals, and correct score.