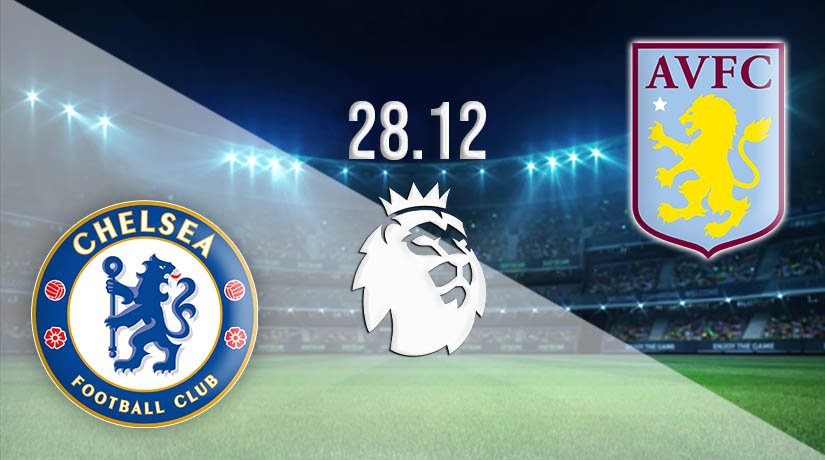 Monday football comes from Stamford Bridge where Chelsea host Aston Villa in a Premier League match you can view live on television from 17:30. This home match gives the Blues a chance to arrest their recent drop in form and drive themselves back up the table but Villa arrive with their own plans for the points.

Chelsea start the day down in eighth place in the English Premier League with 25 points on the board following seven wins and four draws against four defeats. The Londoners are off the pace, but a victory here would lift them back into the top four and back on track for a Champions League finish. It’s too early to call this a must-win match but the pressure is on Chelsea.

Frank Lampard’s side have lost three and won one of their last four league starts, losing to Arsenal across the city on Boxing Day. That was a game many pundits expected them to win but the blues were well beaten by the Gunners, losing 3-1 with only a late strike from Abraham as a consolation. Fans demand a quickfire return to winning ways.

Aston Villa are above Chelsea in the league table at this stage, placed seventh. The visitors are level on points with their opponents but do have two games in hand over them and confidence is high in the away dressing room. They have won eight and drawn one game at this stage, losing the other four. Villa have scored 27 goals but conceded 13.

The away team are unbeaten in their last four at this level, that run made up of three wins and a draw. They have taken six points from their last two games and were last seen beating Crystal Palace 3-0 on Boxing Day. Traore opened the scoring inside five minutes before goals from Hause and El Ghazi put the game to bed.

Chelsea have been poor in recent weeks meaning they are under pressure to get their campaign back on track. Another defeat here would be a major blow to their chances of finishing in the top four. Villa are high on confidence but know this is a step up in class from their last outing against lowly Crystal Palace.