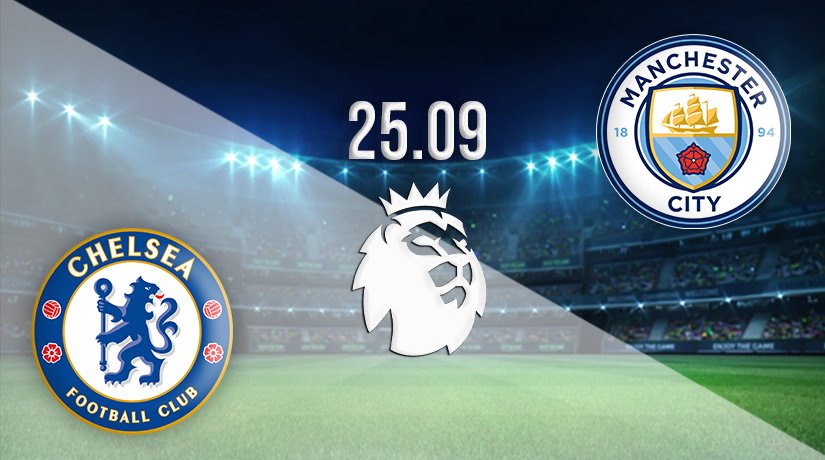 Seven matches will be played in the English Premier League on Saturday with the kickoff times staggered between 12:30 and 17:30 GMT. A selection of the games will be shown live on television, and that coverage includes the early afternoon kickoff in London where Chelsea take on Manchester City. This match is one for the purists and will be full of excitement. In a replay of last season’s Champions League final, Stamford Bridge will be packed to capacity with millions more watching around the world.

The title won’t be decided on Saturday, but we could see the winner of this match go on to lift the title. It’s an opportunity for both teams to lay down an early marker and show they are serious about claiming the trophy next spring. There’s also a real opportunity to derail a major rival in the process. Which team will hold its nerve and claim the three points?

We may find a clue or two worth following in the stats attached to this fixture, and the head to head list shows it’s the blues that hold the upper hand. Chelsea has won 69 games, with Man City currently on 58 wins with 40 draws. The most recent game produced a tense 1-0 win for Chelsea in the Champions League final, with the winning goal scored by Kai Havertz. The teams faced off a total of four times last term, with Chelsea winning each of the last three.

Chelsea holds the home advantage in this league match and will enter confident in their ability to make it four wins over Man City on the bounce. The Blues may have caused an upset last season when winning the Champions League, but they were fully deserving of the trophy, having scored a good goal and defended their lead well. Fans now want to see the club build on that success and challenge for the Premier League title this season. The club has certainly got off to a strong start but must find the consistency needed to put pressure on the leaders. Beating Man City would provide a huge boost to their chances.

The home team were strong in the opening month of the season and started September with a comfortable victory over Aston Villa at this venue. The Blues swaggered to a 3-0 result that day, with the goals scored by Kovacic and a Lukaku double. The Belgian striker is back at the bridge and will be a key player for the team this season as they challenge for league glory. That win over Villa was followed by a 1-0 over Zenit in the Champions League with Lukaku on the scoresheet again,

They were simply stunning last weekend at the Tottenham Hotspur Stadium in a London derby. Thiago Silva scored the opening goal of that game to give Chelsea the lead early in the second half before Kante doubled the advantage before the hour. Chelsea fans are allowing themselves to become excited by what this season could hold, and that is no surprise given how well the team has started the season.

Manchester City began the defence of their title with a surprise defeat but the champions have bounced back, getting their campaign on track and are now unbeaten in their last four games. That purple patch consists of three wins and a draw which has pushed them back into contention for the major places. No one at the Etihad Stadium will be in a rush to panic at this early stage but there can be no denying the fact they could be playing better. Man City have won three, lost one and drawn one.

They suffered a false start when losing 1-0 at Tottenham in a game Harry Kane was forced to miss due to a transfer bid from the champions. Spurs took the points that day but Man City responded in some style, taking each of the last nine points available to them. They hammered Norwich City 5-0 at home then dealt out a similar punishment to Arsenal, heaping pressure on Gunners’ boss Mikel Arteta. A narrow 1-0 win at the King Power Stadium followed to get September off to a winning start with Bernardo Silva the hero on that occasion. That win came just before an excellent 6-3 over German Bundesliga side RB Leipzig in the Champions League.

The winning run was brought to a halt last weekend when Man City were held to a goalless draw at the Etihad Stadium by Southampton. Two attack-minded teams were expected to produce a thrilling game. The day created loads of chances but no goals with Man City passing up several good scoring opportunities. In a battle between the attack of Man City and the defence of Southampton it was the Saints that came out on top.

These teams have produced some thrilling games in the past and those planning to watch this renewal on TV hope to see another. Chelsea and Man City certainly have the quality of players to give us a classic 90 minutes but the managers will be eager to ensure their players keep things simple and limit any mistakes at the back. They’d be happy with a narrow 1-0 win over a thrilling 4-4 draw.

Chelsea will be cheered on by a huge home support and that could help drive the players to victory. The longer the game stays level the more frustrated those fans will become and that will play into the hands of the visitors. This game could be decided by a piece of magic rather than an error but what team will grab the points?

The pre-match betting at 22bet on this live Premier League game makes for interesting reading with Chelsea priced at 2.744 for the win while Man City can be backed at odds of 2.592. The draw is 3.3.

Make sure to bet on Chelsea v Man City with 22Bet!