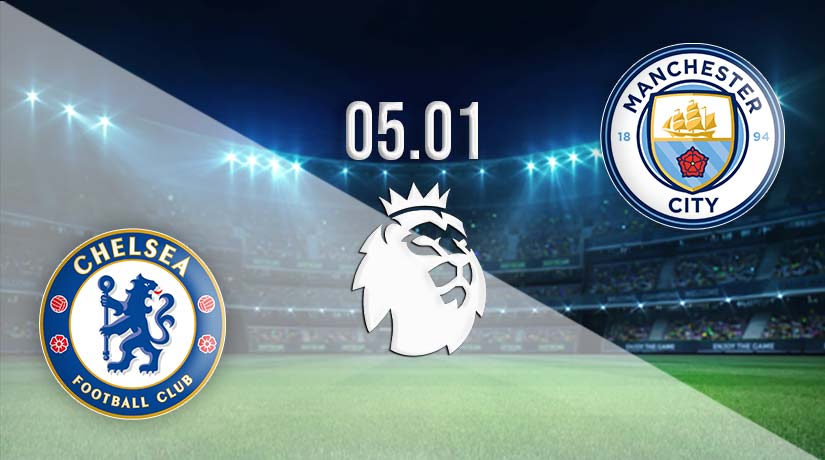 Following a brief break in play for a festive break, our football writers are back to match fitness and ready to deliver on the biggest and best games 2023 has to offer. Followers of our previews will find the best games and biggest teams covered, with information on the latest form, head-to-head scores, injury news, league standing and that all-important betting. Our team brings you everything you need to enjoy another rip-roaring year of football. Ready to get started? We begin with a cracker in London where Chelsea host Manchester City in the English Premier League on Thursday from 20:00 GMT.

Chelsea enjoys the home advantage for this match against the champions but know it’s a game they must take all three points from if they are to get their faltering season back on track. It has already been a rollercoaster year for the London club and the future looks uncertain. Will they battle back to win the EPL trophy this year? It’s possible, of course, but the club’s recent form makes it unlikely, unless they can find the improvement needed. Man City are the current champions seeking a third title on the bounce and know three points at Stamford Bridge would go some way to helping them achieve that in the coming months.

Looking through the head-to-head stats to get a feel for how this game might play out, we note that Chelsea and Man City last crossed paths in November when clashing in the EFL Cup. The Cityzens won that match by a 2-0 scoreline with the goals scored by Riyad Mahrez and Julian Alvarez. Both strikes were scored less than five minutes apart as Man City rocket Chelsea before quickly putting the game to bed just before the hour mark. Followers of the away team in London would love to see a repeat performance, but their hosts are out for revenge.

It has been a difficult winter for Chelsea fans and some of them may have wished the World Cup break had lasted a little longer. After 16 games played the Londoners carry stats of seven wins, four draws and five defeats with 20 goals scored and 18 conceded. When taking a closer look at those numbers we note Chelsea have fewer goals than Leeds United who are down in 14th and flirting with the relegation zone. The former league champions have also leaked 18 goals which is only two more than their opponents. The problem lies in attack and that’s something the coaching staff must address before it’s too late.

A top-four finish now looks to be the aim for Chelsea, but they are showing few signs of being good enough to match the leaders. Chelsea is stuck in eighth place with 25 points on the board which is 18 fewer than current leaders Arsenal and seven less than Manchester United in fourth at the time of writing. If the home team suffer another defeat in this match, it will stack the odds against them, not just for a title shot but a crack at ending in the top-four and securing a place in next season’s UEFA Champions League. Involvement in UEFA’s flagship competition is a must for Chelsea if they are to balance the books.

Chelsea suffered a string of poor results and have taken just four of the last 15 points that have been available to them. They lost three on the bounce before finally steadying the ship with an overdue victory. That win came against Bournemouth two days after Christmas with a 2-0 result at this venue. The goals that day were scored by Havertz and Mount who fired their team into an early lead with a deadly double. Chelsea wrapped up the points inside 24 minutes that day but managed just a point away to Nottingham Forest on New Year’s Day. Sterling struck the opener there, but his effort was cancelled by an Aurier leveler in the second half.

Another must-win for Man City

Manchester City manager Pep Guardiola and his experienced squad know they face a run of must-win games if they are to make it back to pole position and secure a third title on the bounce. The champions enter this match trailing leaders Arsenal with their stats showing 11 wins, three draws and a pair of defeats with 44 goals scored and 16 conceded. When looking closer at those numbers we see Man City are the league’s leading scorers and by a good distance. The 16 goals conceded places them behind the likes of Arsenal and Newcastle United.

Watching their team leak needless goals is nothing new to Man City fans and they are used to seeing their side score plenty of goals. But what is the problem with the Cityzens this season. By this stage of the campaign 12 months ago the champions were clear of the chasing pack and showing no signs of conceding any ground. One win in their last three league games certainly doesn’t help things and they were one of only three teams from the top seven in the division that failed to secure a win last time. Fans want to see much better from their heroes if they are to push Arsenal from the top spot.

We last saw Man City in action on New Year’s Eve when they were held to a 1-1 draw at the Etihad Stadium by an improving Everton. Haaland – who else – gave the champions the lead with a goal on 24 minutes but his teammates were unable to get the goals needed to finish the game off. They paid the price on 64 minutes when Gray notched an equaliser against the run of play.

When looking through the stats associated with this fixture, we see at least one team has failed to score in each of the last four and five of six. Another competitive game is expected with many pundits believing there will be no more than one goal between the rivals.

Make sure to bet on Chelsea v Man City with 22Bet!