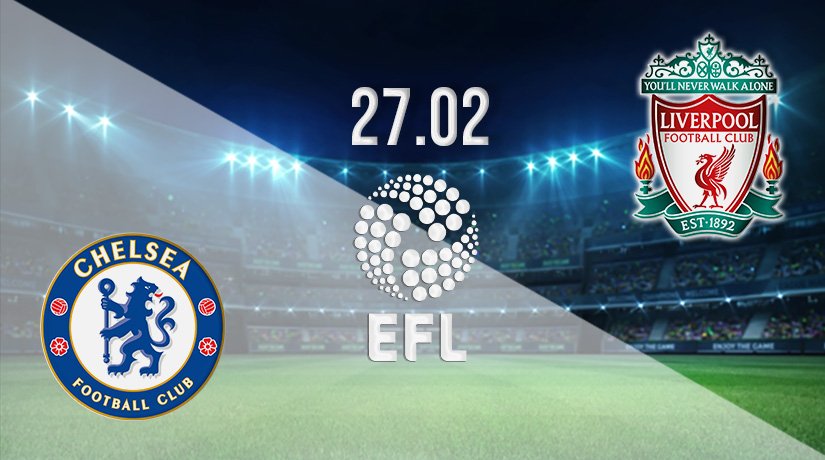 Chelsea and Liverpool enjoy a break from the pursuit of Premier League points as the giants of English football clash at Wembley in the final of the EFL Cup. Both the blues and the reds have impressed on route to Wembley. With these sides having a proud tradition of winning major competitions, both domestically and in Europe, this promises to be a fascinating contest. You can watch the match on TV and through the best live streaming apps from 16:30 GMT, but which side will end with the trophy above the captain’s head?

This final will produce a champion, meaning extra time and penalties are available if needed. The rivals have served up some memorable meetings over the years and are no strangers to treating fans to a goal-fest. Armchair fans and the thousands of supporters who pack Wembley Stadium in London on Sunday will hope for a free-flowing, high-scoring match with plenty of talking points. This is a game for both sets of supporters, but the EFL Cup final is also a match for the neutrals.

Despite this being the 190th competitive match involving Chelsea and Liverpool, they haven’t faced off in this competition as often as you may think. The pair have met eight times in the League Cup, and the head to head stats make for interesting reading. Chelsea leads the way with four wins against the three of Liverpool and one draw. They have met twice this season already in the Premier League, with both games ending in a score draw, 1-1 at Anfield and 2-2 at Stamford Bridge.

Chelsea was drawn against neighbours Tottenham Hotspur in the semi-final, which was played over two legs in the capital and the blues came through that test with flying colours. Thanks to a 3-0 aggregate score, they progressed to the final, with most of the heavy lifting done in the first leg at Stamford Bridge. They won that match 2-0 with the goals scored by Havertz on five minutes and a second from Davies, who bundled the ball into his own net on 34. The game was up by halftime, and with Spurs offering little by way of resistance, the tie looked dead and buried.

With a 2-0 lead, Chelsea went to the Tottenham Hotspur Stadium, where they finished the job, winning 1-0 to get across the line. Rudiger netted the only goal of the game that day, scoring on 18 minutes and that fast start seemed to knock the wind out of Spurs and kill off any hopes they had of turning things around. It was a real show of strength from the victors, and they now head into the final filled with confidence. Liverpool will prove a tougher test, but Chelsea has the players to get over the line and lift yet another piece of silverware.

They are a team that has become used to winning things again. A title challenge looks unlikely, with Manchester City and Liverpool likely to slug it out for the Premier League prize. Chelsea did win the Champions League last season and claimed the Club World Cup earlier this month. The players and fans will believe they are good enough to win this competition and continue the feel-good factor enjoyed by supporters. Winning is a habit, and Chelsea is into the groove of lifting trophies.

There were three London clubs in the last four of the EFL Cup, but now there is only one – Chelsea. The blues knocked out Tottenham while Liverpool ended the hopes of Arsenal. Gunners boss Mikel Arteta was hoping to clinch the first piece of silverware of the season to help get fans back on side, but the Gunners were knocked out by Liverpool, who continued their recent success. Jurgen Klopp’s men played Arsenal home and away in the semi-final and snuck through following a couple of bad-tempered matches.

Liverpool won 2-0 on aggregate, but the first leg at Anfield ended goalless despite Arsenal losing Xhaka to a red card on 24 minutes. That gave Arteta’s men the advantage for the second leg with the game played in London, but it was the visitors who came out on top. Jota is having a season to remember, and he fired a double that booked his team’s place in the final. The attacker netted one goal either side of halftime before Arsenal again ended with ten men, with Partey handed two yellow cards and sent packing near the end.

In the Premier League, Liverpool has been simply sensational. They looked dead and buried behind runaway leaders Man City but refused to throw in the towel. The reds kept winning matches, waiting on last season’s champions slipping up, and in the last few weeks, Man City have slipped up. Liverpool are now right back in the title race and have momentum behind them as they move to within six points of City with a game in hand over the pacesetters.

Chelsea was impressive in the semi-final and was nothing short of remarkable in the Club World Cup, winning both matches to be crowned world champions. If they are at their best again in this game and the schedule hasn’t caught up with them, Chelsea has a great chance to add another trophy to their collection.

It’s impossible not to admire how Liverpool have fought their way back into the Premier League title race, and they are now in the mix to wrestle the title from Man City. This game won’t be a distraction, though. The reds have experience of digging out big results in cup finals and will enter this match believing they are good enough to defeat the world champions.

The pre-match betting odds available at 22bet on this cup final have Chelsea priced at 3.136 for the win with Liverpool 2.37 and the draw 3.2. There are also several eye-catching specials, including first goalscorer, correct score and total goals.