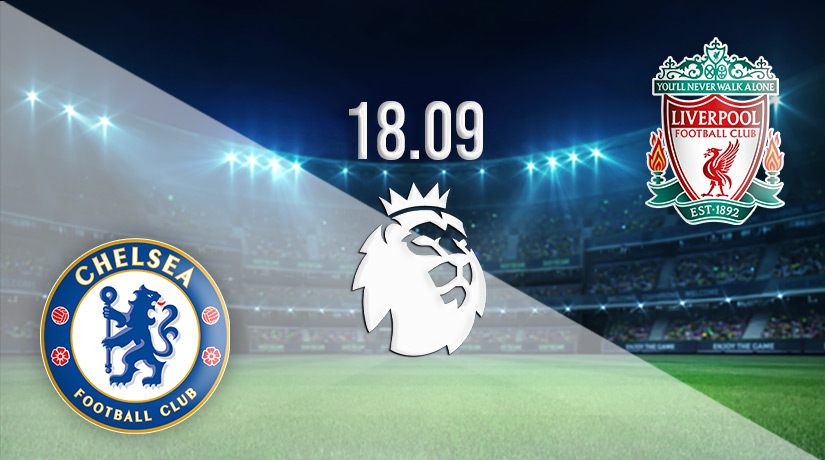 The English Premier League returns following the postponement of last weekend’s matches and the midweek UEFA Champions League action enjoyed by millions around the world. The game of the weekend will be played in London on Sunday when Chelsea plays host to last season’s Premier League and Champions League runners-up Liverpool. This is one of the most exciting fixtures the Premier League has to offer, and we all hope the players do their bit to ensure it lives up to expectations. We can’t wait.

Chelsea enjoys the home advantage for this match, and the Blues will be working hard to make it count. They haven’t enjoyed the kind of start to this season they had been hoping for, but a win at Stamford Bridge over Liverpool – one of their oldest rivals at this level – would help get them back on track. The atmosphere inside this impressive venue will drive the players on, and we have the potential to see a few goals scored when following this match live on television or through the latest live streaming apps on your smartphone.

As you can imagine, the head-to-head stats attached to Chelsea v Liverpool helps set the scene for an enjoyable 90 minutes. We note that these teams met four times last season in the Premier League, FA Cup and League Cup and – incredibly – we were left with four draws. The two EPL matches finished 1-1 at Anfield and 2-2 at Stamford Bridge before goalless draws at Wembley. We never quite know what to expect when these greats of English football cross paths.

Chelsea fans entered this season with high hopes as they planned to build on the good work we saw from them last term. But things haven’t gone as expected for the London club, with points dropped, and a manager sacked. Tuchel was relieved of his duties in a move that sent shockwaves through English football while serving as a reminder that we can take nothing for granted in this game. You are only as good and popular as your previous match, and Chelsea’s lack of consistency seemed to upset a meddling board.

They began the week sitting down in sixth place, which isn’t ideal, but it’s still early in the campaign, and things can change in the blink of an eye. Sixth place for a team of Chelsea’s calibre isn’t that impressive, but we learn more by taking a closer look at the numbers. The Blues are just five points off early leaders Arsenal and three off Brighton in fourth. Win this match, and Chelsea would catapult themselves back into the running. Lose the match, however, which is possible, and AFC Bournemouth in 13th are three points behind.

Chelsea’s form heading into this match shows they have three wins, one draw and two defeats with eight goals scored and nine conceded. That leaky defence seems to be a problem, and it’s something the incoming manager and his coaching staff will be desperate to improve upon sooner rather than later. A fragile defence would fall to pieces under the intense pressure of a Liverpool attack. The locals must stand up and be counted, staying organised at the back but ambitious in the attack.

The reds are off the pace

Liverpool finished last season as runners-up in the Champions League behind Real Madrid and the Premier League behind Manchester City. They strengthened during the summer transfer window but did lose star striker Sadio Mane to Germany. The attacker was good for his fair share of important goals each season and did more than his fair share of work with assists for Mo Salah and his fellow scorers. He will be a huge miss this season, and it’s interesting to see how Liverpool will perform without him in the line-up.

Liverpool is sixth with their league form so far, reading two wins and three draws against one defeat, scoring 15 goals while conceding just six. The nine points gained means they are one behind their hosts with four to find to match Brighton in fourth. The visitors will aim to challenge for the title this season, but the least the fans expect is a finish in the top four and maximum effort from the players. Will supporters get the kind of effort they demand from those in the famous red?

Despite not starting the season as well as they had hoped, Liverpool is unbeaten in their last three games since suffering a shock loss against Manchester United. The Anfield club collected just two of the first nine points that were available to them but have taken seven points in their last three outings. It looks like Liverpool may have turned the corner this season and found their feet, although we’ll know much more about that following the full-time whistle in this game. An away win would set the cat amongst the pigeons.

Chelsea will be encouraged by the home advantage here, and with recent matches producing draws, some fans will see another share of the spoils as a great result. Especially with so much uncertainty hanging over Stamford Bridge. We don’t quite know what to expect from the Londoners this season now they have parted ways with their management team. Lose on Saturday, and they could be sucked into the black hole of midtable.

Liverpool, like their opponents, hasn’t started this season as well as they imagined following the success of the previous campaign. A defeat in London would knock them further down the pecking order, heaping pressure on Klopp and his coaches. A big performance is required from the visitors on Sunday, which should make for a great match.

The pre-match betting odds available at 22bet has Chelsea at 2.635 for the victory with Liverpool at 2.55 and the draw 3.54. Both teams to score is another option for members looking to place bets on the outcome of this game. Have your say pre-match or in-play on your desktop computer or smartphone.