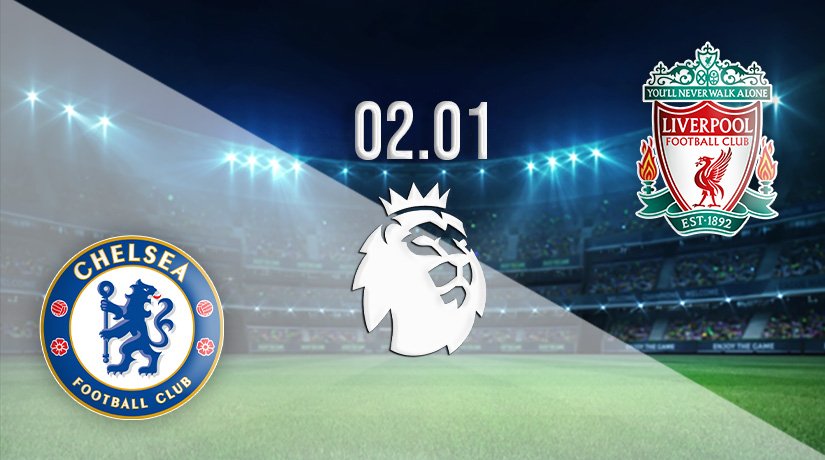 Followers of the English Premier League have five games to look forward to on the first Sunday of 2022. An action-packed schedule of matches shown live on television begins at 14:00 and features some of the sport’s biggest names. There can be no doubt about the main attraction as two of the league’s top three clubs face off in London. Chelsea and Liverpool have served up some memorable matches over the years and fans prepare for a tantalising renewal.

Manchester City enjoys a comfortable margin at the top of the Premier League and Pep Guardiola’s men are the hot favourites to successfully defend their crown and make it two in a row. The winner of this match at Stamford Bridge will set themselves apart as the main danger and take second place in the league while knocking their opponent’s off track. Will the Blues make their home advantage count or can the Reds blast their way back into the title race by taking all three points?

The stats sheet shows there has been little between these old rivals in recent years with the last meeting producing a 1-1 draw. That match was played at Anfield back in August with the goals coming from Kai Havertz and Mo Salah. It’s worth noting that, despite being the away team that day, Chelsea scored first and played half of the match with 10 men after Reece James was sent off just before the break.

Blues on an unbeaten run

Chelsea enter the new year on a strong run of form with their last five outings returning nine points. That isn’t as good as fans would have hoped for with two wins and three draws seeing the Blues concede ground to Man City who are in danger of running away with the league title before the end of winter. Chelsea’s stats for the season shows 12 wins and six draws against just two defeats, scoring 43 goals and conceding 14. If they fail to win the league this season the team will only have themselves to blame as they drew matches from a winning position while City have ground out victories when a draw looking likely.

A lack of killer instinct this winter means Chelsea have 42 points on the board which leaves them eight off the pace set by Man City. Heading into this fixture, the home team are one better than Liverpool in third place and seven ahead of Arsenal in fourth. A top four finish looks more than likely, although there’s still plenty of football to be played. It may be just one game with three points up for grabs but failure to win this match at home could lead to Man City moving their advantage into double figures. The pressure is on the Londoners.

Despite being second in the league, Chelsea have won only one of their last four league games and that’s something everyone connected to the club knows isn’t anywhere near good enough. Chelsea are a club that sets itself high standards and although they haven’t been losing matches, not winning games will hurt the players, coaching staff and supporters. Thankfully, a home match at new year and the perfect chance to get off to a winning start will give everyone encouragement. It’s up to the players to step up to the plate.

Fans of Liverpool had hoped to see their team on top of the league by this stage of the season and the club started well enough but have fallen off the pace in recent weeks. The Reds are third in the league at the start of the year with 41 points on the board thanks to 12 wins, five draws and two defeats, scoring 50 goals and conceding 16. They rank as the league’s second-highest scorers behind Man City, and, at the time of writing, there is just one goal in it. That attack will be required in this match and for the rest of the season.

The visitors are without a win in their last two games, taking just one point from the last six available to them. A winning run was followed by a draw and then defeat in their most recent game. The pressure is now on Jurgen Klopp and his boys to get back on track, and the best way to achieve that would be to beat one of their main rivals in their first game of the year. Liverpool also has a game in hand over Chelsea and Man City. If they win this match and their game in hand, they will be right back in the title race, and that will give the players confidence ahead of a huge game.

We last saw Liverpool in action on Tuesday 28th December when suffering a surprise defeat at the King Power Stadium when losing 1-0 against Leicester City. The Foxes may have held the home advantage that day, but they were underdogs, written off by most football experts. When did the Foxes ever let expectations get in their way? They won the points and pulled off an upset thanks to a goal from Lookman, who scored the winner in 59 minutes. Despite having several chances to get level and take at least a point from the play, Liverpool came up short. Fans will demand a quickfire return to winning ways.

Chelsea enjoys an unbeaten recent run, but a lack of wins will trouble the coaching staff. They have fallen eight points behind Manchester City, but a win here would help get them back into the title race. Anything less than three points would be disastrous, and could see them drop down to third in the table, putting another dent in their chances of winning the league. The locals know exactly what is at stake here.

Liverpool started the year down in third place, but it’s still too early to panic, and they have time on their side. A win in London would breathe life back into their challenge while forcing them ahead of Chelsea in the table. The game in hand is another reason for the fans to keep believing. The outcome of this match could be crucial in the title race or the team that eventually finishes second behind Man City.

22bet members can bet on the outcome of this game. The pre-match odds available has Chelsea at 2.99 for a home win with Liverpool trading at 2.33. If you can’t split the rivals, you may want to back the draw, which is 3.44,