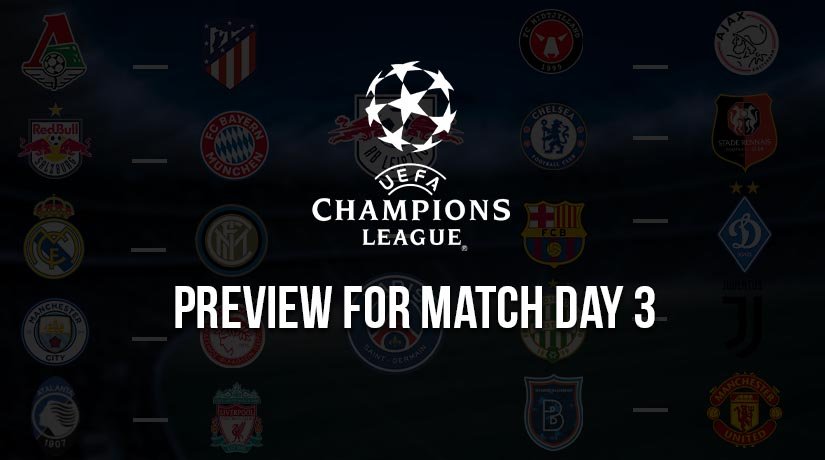 Let’s begin our Champions League predictions. Atletico Madrid make this trip on the back of a less than convincing start to this Group A campaign that has seen the La Liga sides lose one game and win the other. Three points on the board places them second behind Bayern Munich who boast a 100% record and already looking like pool winners. It wasn’t the start Madrid had hoped for but if they defeat a Lokomotiv Moscow side with just a point on the board they will put themselves in a great position to qualify. Moscow is never an easy place to visit but Atletico have the quality to come away with all three points. Check out our UEFA Champions League predictions below.

Bet on the match HERE. 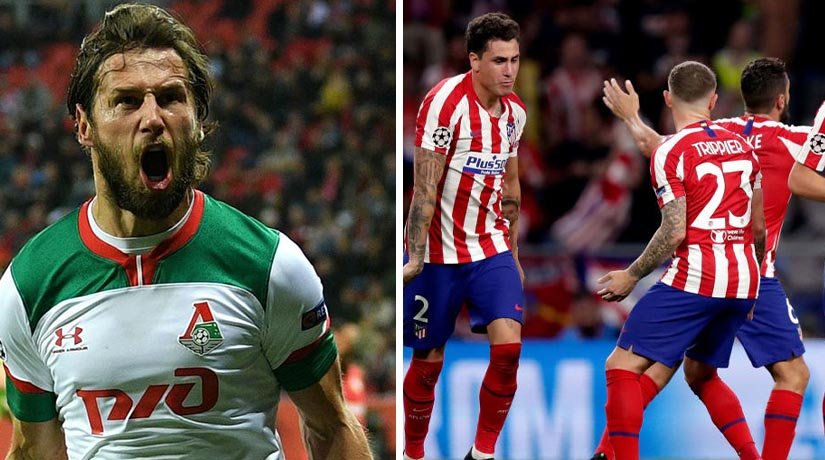 Next on our UEFA Champions League predictions for Tuesday. Bayern Munich have won each of their first two Group A matches and have set themselves up as the team to beat at this level. The Bundesliga champions have plenty of experience of navigating through this stage of the tournament and know all three points on the road will see them take a step closer to the next round. Munich have played two, won two, scored six goals and conceded just one. RB Salzburg have yet to register a win, scoring four but conceding five. Champions League matchday 3 predictions below.

There are many eye-catching matches to look forward to from the Champions League this midweek but the best of them comes from Spain where La Liga champions Real Madrid take on Italian Serie A giants Inter Milan. Blancos have struggled in their first two games, taking just one of the six points that was available them after losing their opening match and managing just a draw last time. Inter Milan aren’t much better off, sitting third following back-to-back draws. Shakhtar Donetsk currently lead the way and defeat here would be a major blow for either side and that could lead to both managers setting up defensively. Follow our Champions League betting tips.

Click here to bet on Real Madrid vs Inter Milan. 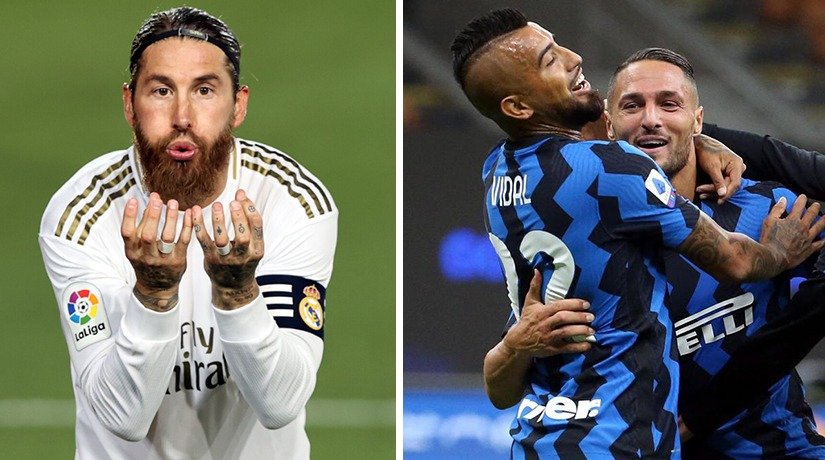 Next on our football tips preview, Manchester City are one of the early favourites to go all the way this season and finally get their hands on the Champions League trophy. The English Premier League team are top of Group C with six points on the board thanks to wins in each of their first two pool matches, scoring six goals and conceding only one. Another win would put them on course for a place in the knockout stages and they could do it as winners of a strong group. Olympiakos are third at present, following an opening day win with defeat last midweek. They are a well-organised side but should struggle under pressure at the Etihad Stadium. Betting tips below.

Liverpool journey to Italy where they take on Atalanta in a crucial Champions League Group D match and with both teams bringing unbeaten records so far, this should shape up to be a thrilling 90 minutes from the UEFA Champions League. Red top the table with six points gained from their first two starts, scoring three goals, and keeping a pair of clean sheets. They went into this campaign as favourites to win the group and go on to challenge for the trophy. Jurgen Klopp’s men have certainly lived up to expectations so far. Atalanta are in second with four points against their name after following an opening week win with a draw last time against Ajax. They would blow this group wide open if they were to grab a home win against Liverpool, but it’s a big ask.

Bet on Atalanta vs Liverpool HERE! 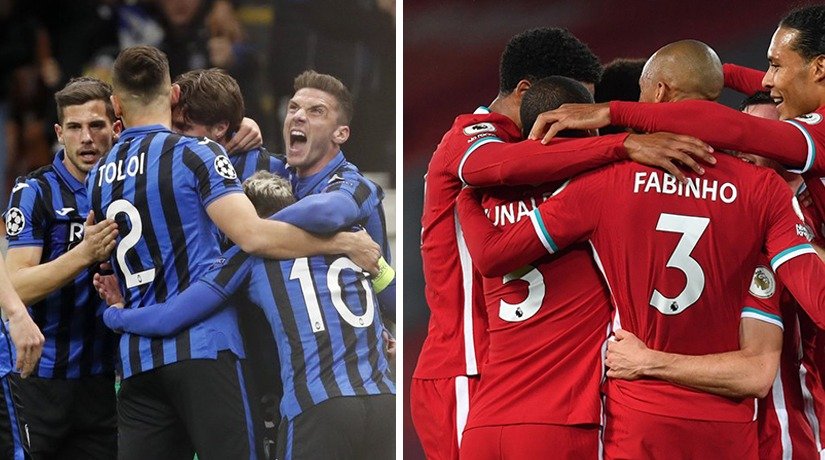 Liverpool fans will have one eye on this match as both FC Midtjylland and Ajax target a win that would see them keep pace with the front two in the pack. Victory here is essential for both clubs but the locals are bottom of the pool and without a win, having already conceded six goals. Ajax followed at loss against Liverpool with a draw last midweek and have scored two goals in their two games. The Dutch will rate themselves good enough to win all three points and turn up the heat on Liverpool and Atalanta for a place in the next round.

Bet on FC Midtjylland vs Ajax on 22Bet!

Champions League football returns to Stamford Bridge on Wednesday evening as Chelsea host French Ligue 1 side Rennes in Group E. This is a match that sees top of the pool take on bottom and followers of the London club will hope the final score reflects that. Chelsea have taken four of the six points available to them in this competition so far, following an opening day draw with victory last midweek. Frank Lampard’s men have already scored four goals, failing to concede. Confidence is high in the home dressing room and we should see that shine through. Rennes are down in fourth with just a point against their name after drawing in week one before losing against Sevilla last time. They have conceded only two goals and that defence will be asked to stand firm again in England. Chelsea have the flair in attack to create chances and score goals. Chelsea are good enough to make it to the quarter-final or semi-final.

Bet on Chelsea vs Rennes on 22Bet! 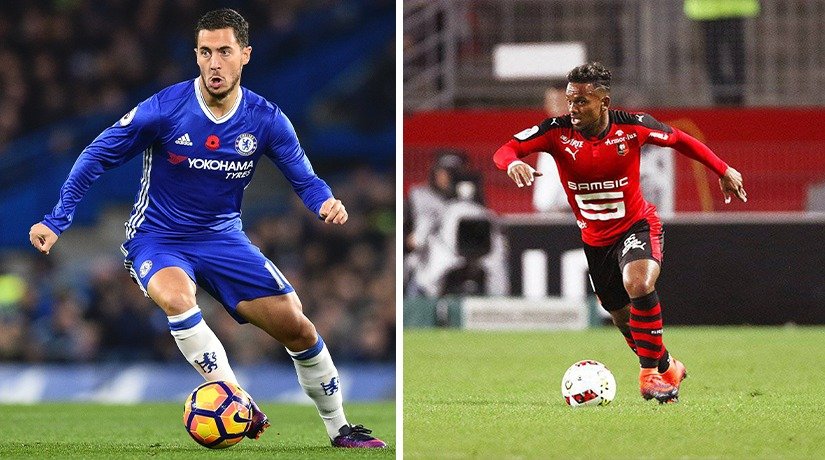 Barcelona enjoy the home advantage over Dynamo Kyiv on Wednesday in Group G and the pressure is on the home team to take full advantage. They have made the kind of start fans had hoped, Barca winning each of their first two group games to move into pole position ahead of Juventus. Two wins, seven goals scored and only one conceded proves they are serious about progressing as winners of the group. Dynamo Kyiv are joint-bottom with one point after drawing with Ferencvarosi TC last time. They face a real challenge in getting anything out of this trip to Spain.

Italian Serie A champions Juventus hope to get back to winning ways in the first opportunity following last week’s defeat against Group G leaders Barcelona. To pick-up three points and keep alive their hopes of reaching the knockout stages of the tournament the Old Lady must better Ferencvarosi TC on their patch. They are expected to do just that, but a professional approach is required to avoid the possibility of another slip-up. View our Champions League betting tips.

Click here to bet on Ferencvarosi TC vs Juventus. 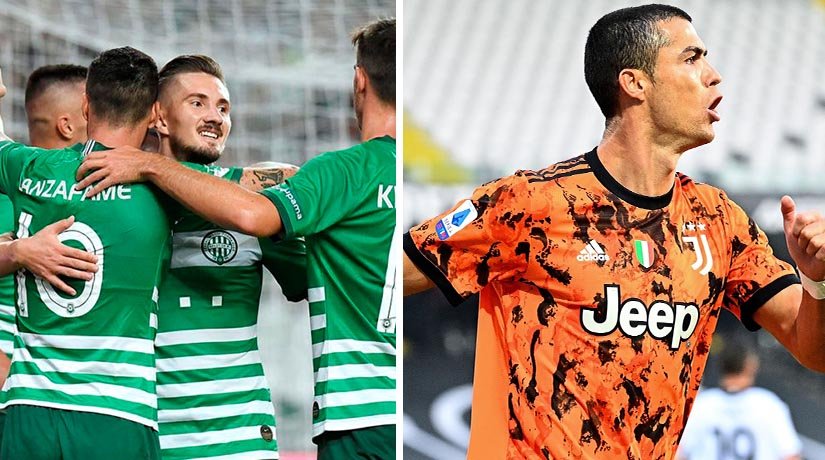 Manchester United go to Turkey on Wednesday evening hoping to win all three points and push themselves a step closer to qualifying for the knockout stages of the Champions League. It may only be the halfway point of the group stage, but victory here could make all the difference. The Red Devils sit top of Group H with six points collected in their first two games, scoring seven goals, and conceding only one. They have already beaten PSG and RB Leipzig, proving they have what it takes to mix it in this competition. Istanbul are bottom of the league following back-to-back defeats. The hosts have already conceded four goals and are yet to score one of their own. If Man Utd are at their best they should have enough quality to get the job done. Below is our Champions League predictions.

We finish our Champions League betting with one of the standout fixtures from the midweek Champions League games and a match that will appeal to the neutrals. Germany take on France in what should prove to be a thrilling 90 minutes of action. The winner of this match will keep pace with early leaders Manchester United and be favourites to secure a place in the next round. Both teams have won one and lost one game so far. A draw wouldn’t be the worst result for the Parisians in Leipzig. Champions League tips below.

Bet on RB Leipzig vs PSG on 22Bet!