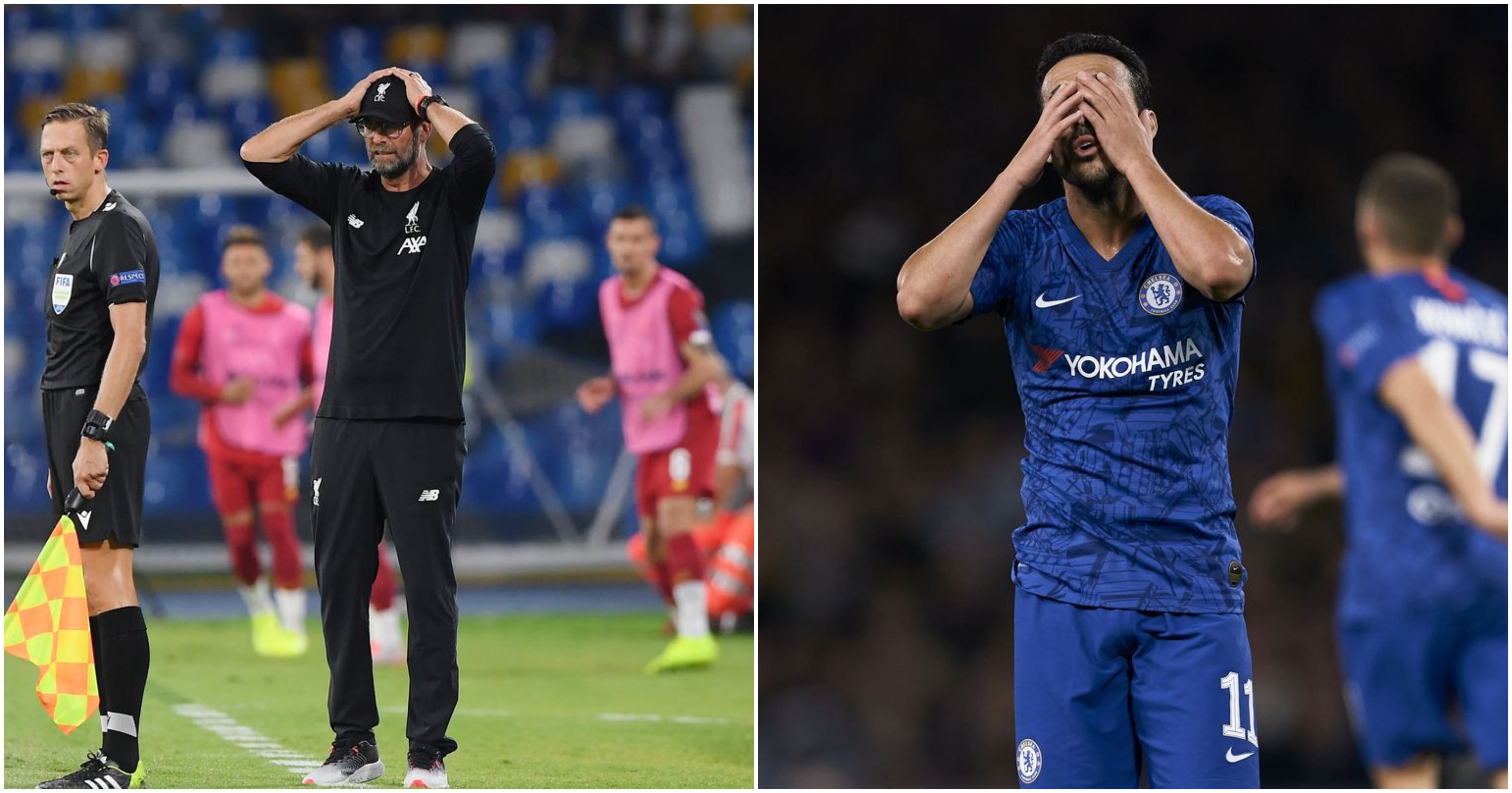 Champions League Group Stage Match Day One Round Up from 17.09.2019

The top-level of Champions League 2019/20 competition in Europe kicked off last night and there was a set of pulsating fixtures, with some surprising results. That includes an opening defeat for the reigning European champions, Liverpool.

Jurgen Klopp will be hoping that this was just a blip for his side, as they were outfought and outplayed by a vibrant Napoli, which was totally unexpected, even by our prediction for the match. The hosts took the lead through a dubious penalty which was tucked away by Dries Mertens. The lead was doubled in the closing stages as a rare mistake by Virgil van Dijk allowed Fernando Llorente to score his first goal for the Italian giants.

It was all square between the two most fancied sides in Group F, but Dortmund would have felt they did enough to win the game. Barcelona struggled to create anything in the final third and should have fallen behind but for a missed penalty by Paco Alcacer which was brilliantly saved by Marc Ter Stegen.

One of the tightest groups in this season’s Champions League in Group F, and RB Leipzig took full control on the opening day with a win in Portugal. A second-half brace by Timo Werner put the visitors in complete control before a late consolation was scored by Haris Seferovic.

It was the worst possible start to Champions League life for Frank Lampard as his Chelsea side suffered a shock home defeat against an unsettled Valencia side. Rodrigo scored the only goal of the game with 15 minutes remaining before Ross Barkley missed a perfect opportunity to level from the penalty spot.

Make sure to check out the odds and bet on Champions League matches on 22Bet!