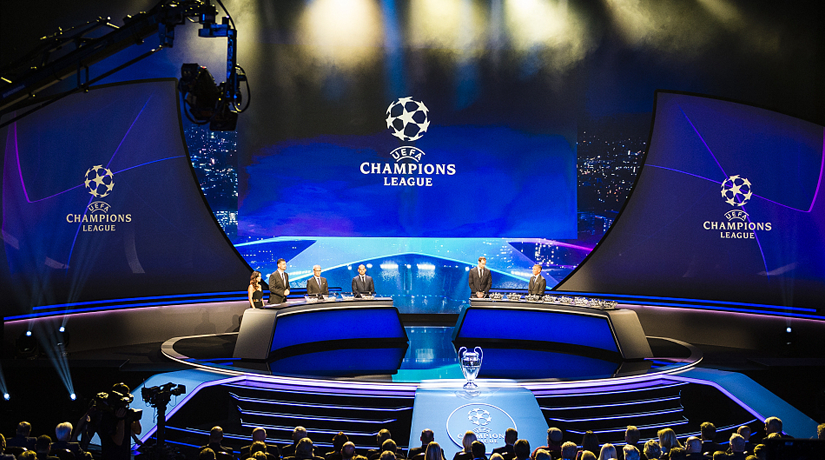 The draw of the Champions League last 16 took place in Nyon this Monday and we finally know what to expect from Europe’s biggest tournament this season.

Make sure to check out the Europa League last 32 draw as well!

Here is the draw in full:

Clash of the season

There is no doubt that the most nail-biting match is Real Madrid vs Manchester City. Pep Guardiola and his squad will travel to the Bernabeu for a clash that will surely keep us glued to the screen for 90 minutes.

This is also the first competitive game between multiple Champions League-winning bosses Zinedine Zidane and Guardiola and we cannot wait.

Considering Man City’s dubious record on the road in the competition, we predict a tough, but certain win for Real Madrid.

Frank Lampard returns to Allianz Arena, this time as manager. He captained Chelsea as they broke Bayern Munich’s hearts to win the trophy in the same stadium back in 2012.

Ferocious Bayern will put up a fight for revenge. We predict a win for the Bundesliga giants, but one never knows with Chelsea…

Other gems include reigning champions Liverpool’s visit to Wanda Metropolitano for what promises to be a beautiful game of football against Atletico Madrid.

Thomas Tuchel returns to Dortmund, this time as manager of PSG.

Put it in your calendar

19th of February: Atalanta vs Valencia, Tottenham vs RB Leipzig

25th of February: Chelsea vs Bayern Munich, Napoli vs Barcelona

10th of March: Valencia vs Atalanta, RB Leipzig vs Tottenham

18th of March: Bayern Munich vs Chelsea, Barcelona vs Napoli