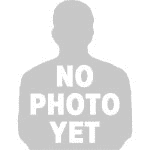 The Champions League has returned with the first qualifying round of action. But for some big names, it could already be the end of their season in the premier European competition. The qualifying rounds have caused problems for teams throughout the years since they are competed during the pre-season and most teams haven’t been able to find their groove yet. However, these mishaps are few and far between in the first round since the difference in quality between the teams is vast.

However, some potential champions are going out at this early stage should they not improve on their performance from their first legs. Let’s have a look at some of the most finely poised clashes ahead in the Champions League.

The biggest shock of the first qualifying round could come in Stockholm, as the Swedish champions need a much-improved performance if they are to knock out their Armenian opponents. The team from Stockholm were poor in the first leg as they fell victim to giving Petros Avetisyan two glorious chances.

The first of which came from the penalty spot after a clumsy tackle by Robert Lundstrom, before they gave him a second goal on the stroke of half time. AIK did level the score lines after 40 minutes when Chinedu Obasi calmly slotted away his effort, but they were left lamenting the red card to Lundstrom after just 13 minutes of action.

It seems unlikely that AIK could play that badly again, but the Armenian side did look extremely comfortable throughout the second half, and the onslaught from AIK didn’t come. The Swedish champions lost just one domestic league game last season but have been inconsistent in the Allsvenskan this year. In their previous three league games, they have won once, lost once and drew once. Their attacking threat seems to have gone missing, but the away goal could be crucial to their chances against Avan.

However, they will need a monumental effort if they are to do that after they lost the first leg of this qualifier to a buoyant Astana. The Kazakhstani side looked full on energy as they dominate the proceedings, which should hardly be surprising since they have already played 19 league games this season and Cluj are yet to play a domestic match in Romania.

Yevgeny Postnikov scored the only goal of the game with just over 20 minutes remaining in the match. Astana would have been thrilled to get the goal so that they can take a lead back to Romania. But judging from the first leg, the fitness levels could prove crucial, and the Kazakhstan leading side will progress to the next qualifying round.

Bate have proven European pedigree over recent seasons as they have competed in the group stages of either the Champions League or the Europa League in nine of the last ten seasons. However, they find themselves in a bit of trouble against Polish side Piast Gliwice as they will need to win in Poland if they are to make it through to the next round of qualifying.

The Belarusian side made it through to the round of 32 stage in last seasons Europa League before being beaten by Arsenal 3-1 on aggregate. They fell behind after 35 minutes after a goal from Piotr Parzyszek. Bate started the second half better and commanding the possession and eventually got their just rewards when Stanislaw Drahun equalized. However, his joy was quickly turned to anger one minute from time as he was sent off; meaning Bate will have to find a way through to the next round without the talisman.

It is a difficult second leg to call because of the away goal that the Polish side scored. They defended excellently in the first leg in Belarus, but the first goal will be crucial in this game. The smart money would suggest that Bate will have enough to get past this stern test.

Remember to check out 22Bet for all the latest odds for every Champions League match throughout the season.