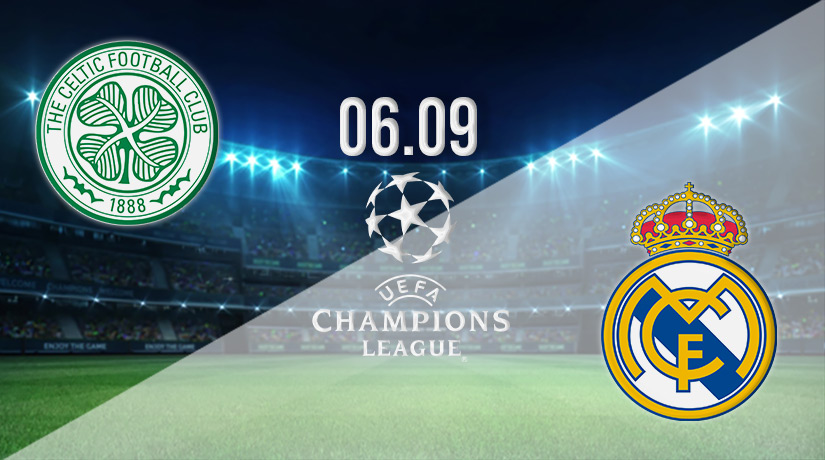 UEFA Champions League football returns, and we have a mouth-watering tie in Glasgow on Tuesday evening as Scottish Premiership champions Celtic host Spanish La Liga kings Real Madrid. Blancos may be the hot pre-match favourites with most followers of the competition, but week one has a habit of throwing up some strange results. Can Celtic use their home advantage and intimidating atmosphere to catch their opponents cold?

The hosts enter with confidence to spare following Saturday’s crushing Old Firm derby win over Rangers at this venue. That was a match sold as a 50/50, but the Bhoys blew away their fierce rivals, winning 4-0 and missing chances that would have made the scoreline even more embarrassing for the blues. The home support played their part in roaring the team to victory, and Ange Postecoglou’s men need the fans in full voice again for this one.

A former champion of European football up against the current holder of the Champions League trophy will make for great viewing, and armchair fans hope this match lives up to expectations. It’s a chance for the teams to target all three points but also put on a show and prove they are amongst the best the sport has to offer. The pair have met twice before, with the stats standing at one win each.

This Champions League opener at home against the current holders of the trophy isn’t the ideal fixture to welcome back a club that has been missing from this stage for a while now. But the game comes at a great time for Celtic, who battered their great rivals Glasgow Rangers in Saturday’s Old Firm Derby at this venue. It had been billed as a 50/50 with a draw looking the most likely outcome, but the Bhoys battered the Bears, claiming all three points to remain top of the league thanks to a 4-0 victory.

The opening goal went in early that day, and Celtic went and got a second quickly after they broke the deadlock, putting the game beyond their opponents. Celtic are sitting pretty at the top of the Scottish Premiership, having won the first Old Firm of the season and each of their other matches. They are five points clear of nearest rivals Rangers and are already looking every inch a champion good enough to protect the title they won last year. The club has a real feel-good factor, but how will they perform here?

Celtic have a reputation for dominating Scottish football and have done so over much of the last decade. But Europe is a different story, with Postecoglou’s men knocked out of three European competitions last year. They dropped out of the Champions League at the qualifying rounds, weren’t in the Europa League for too long, and then failed to impress in the Europa Conference League. Fans are happy with domestic success but want to see improvement from their club on the continent.

Holders are back in business

Real Madrid blazed a trail of glory all the way to the final last season, where they defeated Liverpool to lift the trophy, despite being the underdogs heading into that match. Blancos are the tournament’s most successful team, and we find them as one of the strong early favourites to come good and successfully defend their title. They won’t show their hand too early in this group stage, but Madrid knows a win in Glasgow would get them off to the perfect start, setting the club up to secure the pool as early as possible and start planning for the next stage of play.

Like their opponents, Madrid is top of their domestic league, in complete control of La Liga after four games. They sit in pole position thanks to four wins in their opening four games to move clear of Barcelona in second place. There is already a two-point cushion between Madrid and Barca, with a competitive campaign expected. Barca is in better shape than they were last season and are expected to throw down a stronger challenge than we saw from them last term.

We last saw Real Madrid in action on Saturday when they scored a hard-fought home win over Real Betis, with that match ending 2-1 for Madrid. It was closer than many pundits expected that match to be, but the right team left with the points thanks to goals from Junior and Rodrygo, one goal either side of a shock reply from Canales. It was a one-goal cushion, but Madrid never looked like losing the match, and you can expect a more focused effort in midweek. Madrid will plan to score early and silence the crowd.

Celtic fans are delighted to be back on the big stage but know they could have chosen a much easier return than the one that waits for them on Tuesday. The Celts have been rampant at home in the Scottish Premiership, but their efforts in Europe have been below par, and everyone connected to the Glaswegians will want to see improvement there. A win is the dream start but beating Madrid is no mean feat, so getting anything out of this game would be seen as a positive for the Bhoys.

Real Madrid knows they are good enough to come to Glasgow and claim all three points, but they are entering an intimidating atmosphere where the crowd will be eager to play their part, hoping to drive the visitors to an away win. If Madrid scores the first goal in this game, and it comes early enough, we could see them go on to get a few.

The pre-match betting odds offered to members of 22bet have Celtic priced at 5.4 for an opening-day victory. Real Madrid is the favourites to grab an away win, and that’s priced at 1.565. Fancy a draw? The level finish can be backed at 4.36, and there is also a nice selection of special markets and bets, including both teams to score.

Make sure to bet on Celtic v Real Madrid  with 22Bet!