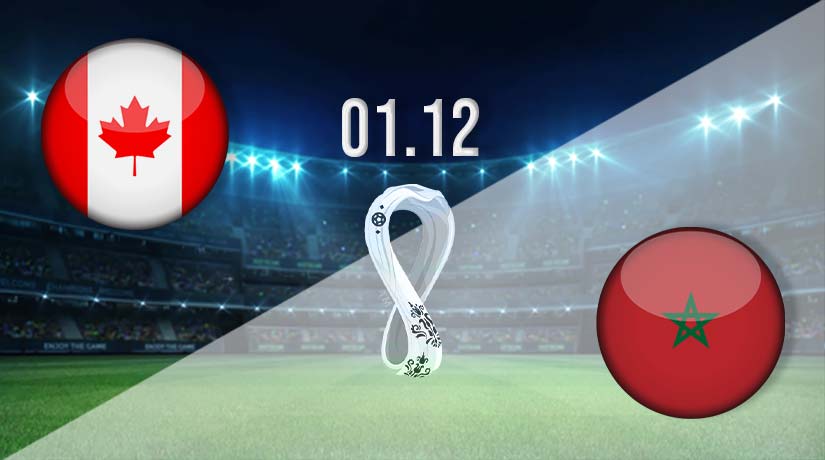 Canada’s World Cup journey will come to an end on Thursday, as they play their final Group F fixture against Morocco. The African nation could yet reach the round of 16, as they need just a point in their final fixture.

One of the big shocks of the group stages at the World Cup could come in Group F, as Croatia or Belgium could be eliminated at the first hurdle. Morocco could be the nation to eliminate one of the European heavyweights, as a victory will definitely secure qualification, while a draw could also be enough, depending on the result in the other fixture in the group.

Morocco blew this group wide open in their second fixture, as they managed to record a famous 2-0 win against Belgium. That, coupled with a win for Croatia, sees them sit second in the group standings coming into the final round of fixtures. Morocco were excellent against Belgium’s Golden Generation, as they sealed a 2-0 win thanks to goals from Romain Saiss and Zakaria Aboukhlal.

It has been a learning curve for Canada on their return to the World Cup, but it will only heighten expectations ahead of their home tournament in four years. Canada were excellent in their opening fixture against Belgium, but they were eventually beaten.

However, their moment of the tournament would come in their second game, as they scored their first-ever World Cup goal inside the opening two minutes when Alphonso Davies headed home. But, Croatia upped their performance following that setback and eventually recorded a 4-1 win. Regardless, there is enough to suggest that Canada could pose serious questions of this Morocco side.

Canada vs Morocco Head to Head

This will be a fourth meeting between Canada and Morocco. The African nation hasn’t lost in three previous meetings, winning on two occasions. The most recent fixture was played in October 2016, with Morocco claiming a 4-0 win.

Canada’s performances in the World Cup have merited at least a point. However, the need for Morocco to win this game could be the important factor. Morocco were excellent in their previous fixture, and we could see that momentum being maintained, as they collect a victory that they need to reach the next round.

Make sure to bet on Canada vs Morocco with 22Bet!