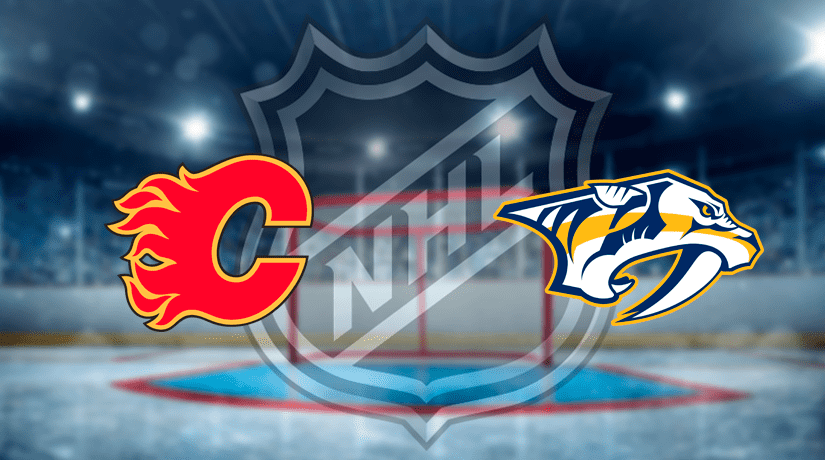 In the next round of the NHL Calgary Flames and Nashville Predators will meet. Will John Hynes’ squad manage to take revenge for a humiliating loss? Or will the Flames turn out to be stronger again?

Team Calgary performs with varying success, and can not gain a foothold in the middle of the tournament table. Today they occupy the 8th line in the Western Conference and have an asset of 60 points. In 7 last confrontations, Jeff Ward’s men won only two times, both outside the regulation. They managed to beat such teams as Toronto Maple Leafs and Edmonton Oilers. It is worth noting that the Flames can not boast of a good game at home. They cannot win already three matches on the home ice. This once again confirms the fact that they are in decline.

John Hynes’ team is getting close to the playoff zone. At the moment, they are placed at the 10th position. Only 3 points separate them from the playoffs zone. In the last five games, the Predators won 3 times. They are in good shape, although they have losses in the roster. In the upcoming confrontation, two key players will not be able to help them: Calle Jarnkrok (forward) and Ryan Ellis (the most productive defenceman of this team).

In this confrontation our experts propose to take a chance and bet on a victory of Nashville Predators, taking into account the zero handicap. Judging by their results, we can conclude that the Calgary Flames are in decline. In the last five matches, they concede a minimum of 3 goals as well as often having problems with using their scoring chances.

Of course, the Predators can not boast of powerful attacking potential, but they have a few high-class scorers who can break through the extremely vulnerable defence of the Flames.

Who wants to take an alternative bet, you can look at the total of more than six goals. There is a high chance of this due to a weak goalkeeper line of both teams.

Make sure to bet on Calgary Flames vs Nashville Predators with 22Bet!