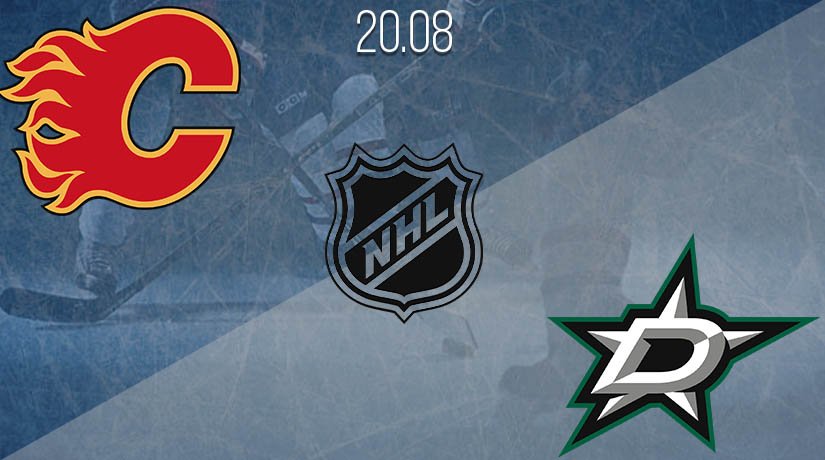 Calgary will meet Dallas on August 20. Who will manage to get victory in the sixth match of this series? Let’s look for the answers in our prediction.

At one point, Calgary was leading in the series with a score of 2-1, but now they are trying to catch-up. The team had a chance to solve almost all its issues, but they lost to their opponent in overtime 4-5.

After that, in a bad mood, they went to the fifth game and were defeated with a score of 1-2. Mikael Backlund scored the team’s only goal in that match. Geoff Ward’s team failed to use any of their four chances on the powerplay. Mainly, the Flames began to have problems with opportunities, because earlier they compensated for their weaknesses in defense with goals.

Dallas is not defined by spectacular hockey this season and conducts their matches rather monotonously. But even this style of play allows them to lead in the series.

By the way, the best sniper in the squad at the moment is Joe Pavelski, who has already scored five goals in this Stanley Cup. The Stars should now be full of motivation because they have never won two games in a row in this playoff. Most likely, the team will again try to play as best as possible in defense and will look for their chances on counterattacks.

This meeting of teams worthy of each other and the series between them may well last until the seventh game. The teams have already studied the game well enough, so they will try to play defensively as good as possible in the upcoming meeting. Note that it has been a long time since the Stars have won three matches in a row against the Flames, so we suggest betting on the victory of the Flames.