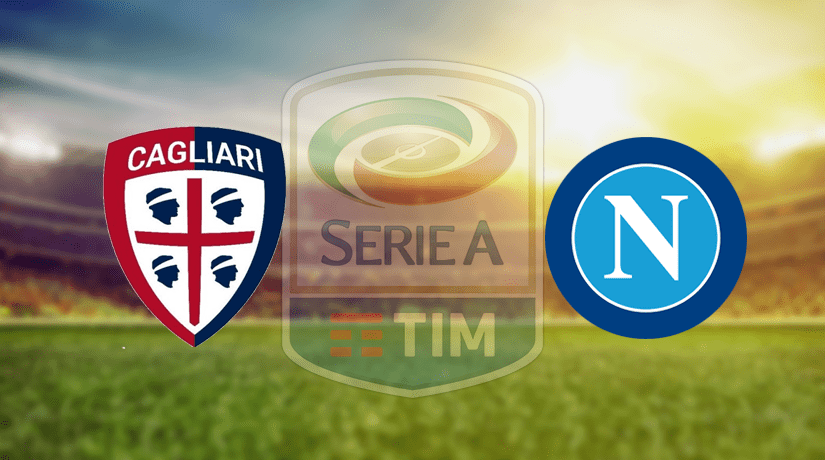 Napoli’s hope to reach the top three this season seems harder than before. They are still stuck in the mid-table with thirty points. The Europa League spots seem to be the only reasonable target. This weekend before the Champions League knock out stage against Barcelona, Gennaro Gattuso’s men will have to take on Cagliari, one of the potential dark horses in Serie A this season. They are sitting on the eighth on the standings with two points higher than Il Partenopei. It will certainly be a tight clash of these two South Italian teams.

Cagliari has got a series of negative results, which costs their position on the standings. They were in the top four last year. Last week, they had another disappointing result while visiting Genoa. They slumped to a one-goal defeat as Goran Pandev found the back of the net.

Meanwhile, Napoli also had a similar result as their counterpart. They had a surprising 2-3 loss while hosting Lecce. The visitor’s side netted three goals by Gianluca Lapadula’s brace and Marco Mancosu’s goal. Lorenzo Insigne and Co could only respond to two goals from Arkadiusz Milik and Jose Callejon.

Rolando Maran has been deploying 4-3-2-1 with the transition to 4-3-1-2 formation this season. He has been always counting on Giovanni Simeone and Joao Pedro, supported by Inter Milan loanee, Radja Nainggolan.

As for Gennaro Gattuso, he has been in favour of 4-3-3 since his days in Milan.

On the contrary to his position as a defensive midfielder back then as a player, Gattuso prefers to employ a more offensive approach in his system.

In Cagliari’s squad this season, their top performers are the former Belgian international, Radja Nainggolan who has netted five goals and provided five assists, the Brazilian striker, Joao Pedro with fourteen goals and two assists and Robin Olsen.

Meanwhile, in Napoli, their current key figures this season are Arkadiusz Milik with nine goals, the captain Lorenzo Insigne with four goals and four assists and Fabian Ruiz with one goal and two assists. Another notable one is their new signing the defensive midfielder Diego Demme.

The host has been in their negative trend lately as they have been winless in their last ten games of all competitions. This could potentially continue as Napoli is on the mission on bumping up their position on the table. Yet, Gattuso’s men might find it difficult to seal three points in Sardinia. A draw seems to be the fairest result for both.

Among the punters, the host is unfortunately not considered as the favorite. Rolando Maran’s men are only priced to win at 3.90, quite lower than Napoli, whose odds to win are at 1.90. The draw result is only at 3.70.

Make sure to bet on Cagliari vs Napoli with 22Bet!