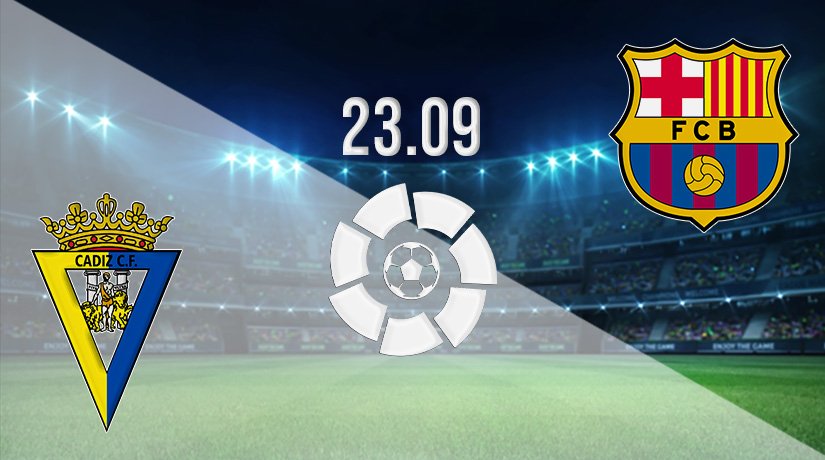 Barcelona will be looking to bounce back from a disappointing result last time out when they return to La Liga action on Thursday evening against Cadiz. However, can the Catalonian giants get the win on the road?

Ronald Koeman will only be too aware of the size of the job on his hands at Barcelona this season. They look to be a large distance away from mounting a title challenge in La Liga, which means a top four finish is likely the very best that the Catalonian giants can hope for. Barcelona are yet to lose this season in the league, but have drawn two of their previous three fixtures in the Spanish top-flight. It was a disappointing draw against Granada in their last fixture, as they needed a late equaliser from central defender Ronald Araujo in the 90th minute to save their blushes. There are no shortage of problems at the Nou Camp this term, but positive results on the pitch will certainly ease the nerves of fans.

Cadiz have played a game more than Barcelona in La Liga so far this season, but currently sit five places below them in the standings in 13th place. Cadiz finally got a first win of the new season in their last fixture, as they picked up maximum points against Celta Vigo. It was an excellent first half showing by Cadiz in that fixture, as both goals that they scored in the 2-1 win came in the opening 45 minutes. Anthony Lozano opened the scoring after 38 minutes, before Alfonso Espino doubled the advantage two minutes before the break. Celta were in complete control in the second period, but Cadiz defended very well to get the win.

Cadiz vs Barcelona Head to Head

This is only the third meeting between the two clubs in recent times, but Cadiz are yet to lose in the previous two meetings in the top flight. They claimed a famous home win against Barcelona last season, winning 2-1, before getting a draw at the Nou Camp in the return fixture.

Cadiz may be confident of getting something from this fixture, as they were strong defensively in their last fixture. It’s always hard to bet against Barcelona, but a second straight draw for the Catalonian giants could be a lucrative selection for this La Liga fixture on Thursday.