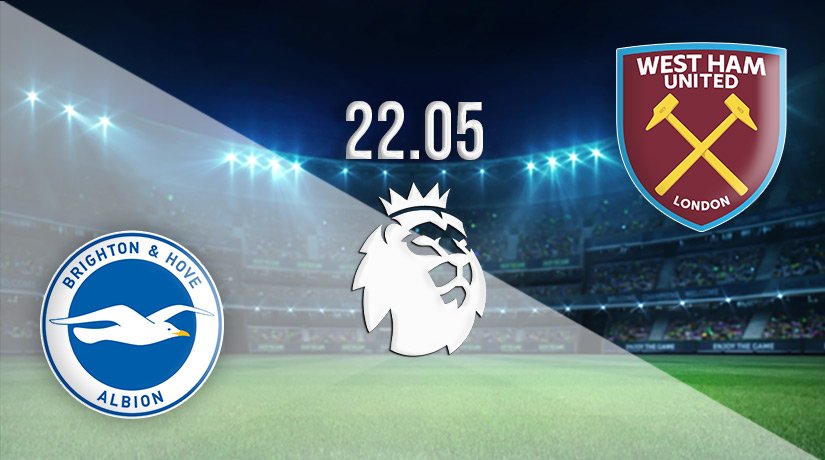 Excellent seasons for Brighton and West Ham United draw to a close this weekend, as the two sides play their final game of the 2021-22 season. The Hammers still have a chance of achieving a Europa League finish in the Premier League.

It has been an excellent season for both Brighton and West Ham United throughout the 2021-22 campaign. Both sides have achieved their goals for the season. However, West Ham could yet end the season in a Europa League position, but only a win will be enough to see them potentially end the campaign in that finish.

The Hammers come into the final day of the Premier League season already assured of a Europa Conference League place this term. However, a second straight season in the Europa League would be the goal for the Hammers. However, their form has been slightly disappointing over the final five games of the season, as they have picked up just a single victory.

However, they looked back to their best last weekend, as they played out a hugely entertaining 2-2 draw against Manchester City. Jarrod Bowen scored twice for West Ham in that game.

Brighton look set to finish in the top half of the Premier League standings this term, but they could yet finish as high as eighth in the standings. The Seagulls currently sit tenth in the table, but victory on Sunday would see them go level on points with eighth place Wolves.

Brighton have enjoyed an excellent end to the league season, as they are unbeaten in their previous four fixtures. They have picked up two wins during that period, but were held to a draw in their latest fixture against Leeds United. Danny Welbeck scored for Brighton in that 1-1 draw.

This should be a very entertaining fixture on the final day of the league season. We expect both teams to score at the Amex this weekend, but a chance could be taken on Brighton recording a fourth win against the Hammers since the start of the 2017-18 season.

Make sure to bet on Brighton vs West Ham United with 22Bet!