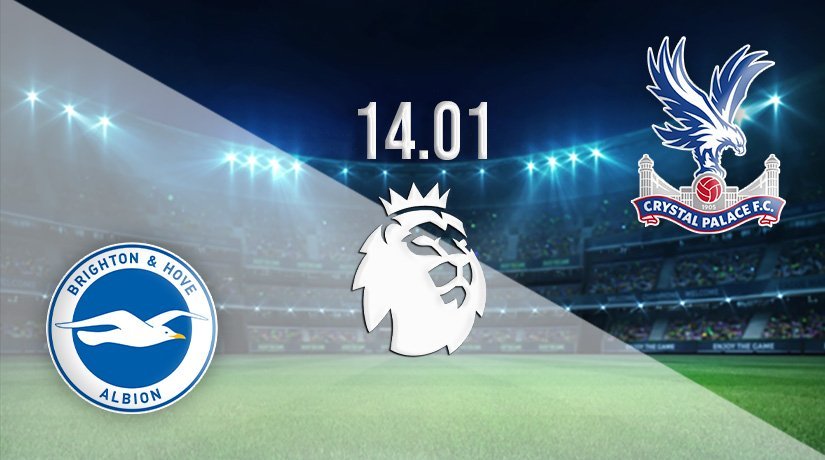 There is a massive derby in the Premier League on Friday night, as Brighton & Hove Albion play host to Crystal Palace. The visitors will be looking to end their Friday night hoodoo, as they are without a win in seven Premier League games on a Friday.

There should be an entertaining game on the Premier League on Friday evening, as Brighton and Crystal Palace clash at the Amex Stadium. The hosts have enjoyed an excellent campaign to this point, and they could have an outside chance of finishing in a European spot under Graham Potter

Brighton come into this round of fixtures in the Premier League in ninth in the standings. The Seagulls have won two of their previous three games, and a victory over their rivals will put them with a point of Manchester United, who are currently sitting in the Europa Conference League spot.

Brighton picked up a famous 3-2 win in their last Premier League fixture against Everton, while confidence would have also improved after reaching the fourth round of the FA Cup last weekend with a victory against Championship side West Bromwich Albion at the Hawthorns.

Many feared for Crystal Palace at the beginning of the season, as there were worries that the appointment of Patrick Vieira could backfire. However, there has been no chance of that throughout the season to this point, as the Eagles are flying high in eleventh place.

But, their form has dipped slightly in recent weeks, as they have won just once in their last four fixtures in the Premier League. They have also lost twice in their previous three games in the league. However, they returned to form with a comeback win in the FA Cup last weekend, as they saw off Millwall away from home.

Brighton have a poor record against Palace in the Premier League, as they are winless in their previous five meetings. During that run, there have been three draws and two Palace wins. Palace have also won on their last two visits to the Amex Stadium.

Brighton are in the better form coming into this fixture. However, Palace have the better record in recent fixtures at the Amex. But, their winless run of seven games on Friday evenings in the Premier League is hard to look past, which means a score draw could be the most likely outcome.

Make sure to bet on Brighton & Hove Albion vs Crystal Palace with 22Bet!