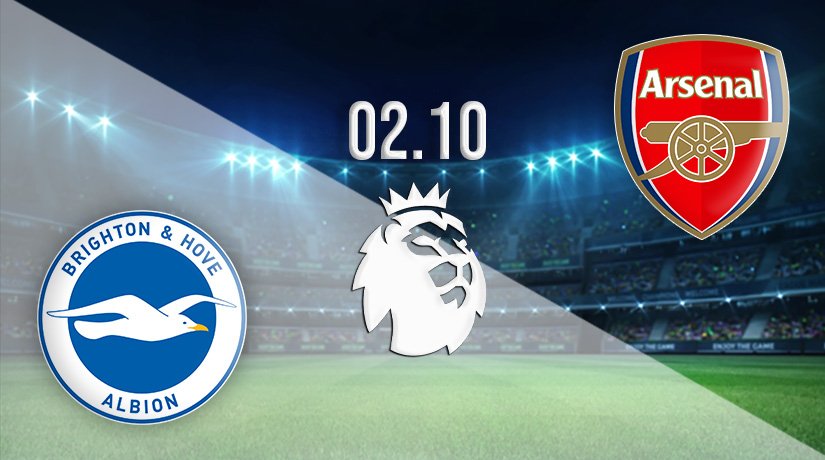 Arsenal’s season has taken a turn for the better over recent weeks, and they will be looking for a fourth straight win in the league this season on Saturday. Brighton are the hosts, who will be looking to move to the top of the Premier League for the first time in their history.

Many believed Mikel Arteta’s days at the Emirates were numbered after a very slow start to the season, which saw them lose all of their opening three matches. However, the Gunners have responded in excellent fashion, and delivered their best performance of the season last weekend to win the North London derby against Tottenham Hotspur. It must be said that Spurs were way below the standard required in that match, but Arsenal more than made them pay for the mistakes that they made in that opening half. Emilie Smith-Rowe scored his first derby goal to make it 1-0, before further goals were added before the half time whistle by Pierre-Emerick Aubameyang and Bukayo Saka. Spurs did pull a goal back with ten minutes remaining, but the win was the very least that the Gunners deserved.

Brighton’s start to the new season has been very impressive, and they are currently sitting in sixth in the league standings. Graham Potter would have been delighted with his team’s performances in the early weeks, as the Seagulls have won four of the six matches that they have played. Scoring goals may still be a slight issue for the Seagulls, as they have found the net on just eight occasions. Only Arsenal have scored less in the top half of the standings. Brighton drew last time out against Crystal Palace, which ended their two-match winning sequence.

Brighton vs Arsenal Head to Head

This should be a very entertaining fixture between two sides that like to play football on the front foot. However, Brighton will be our pick to get the win on Saturday, as they have shown over recent weeks that they have the quality to hurt the Gunners.

Make sure to bet on Brighton vs Arsenal with 22Bet!