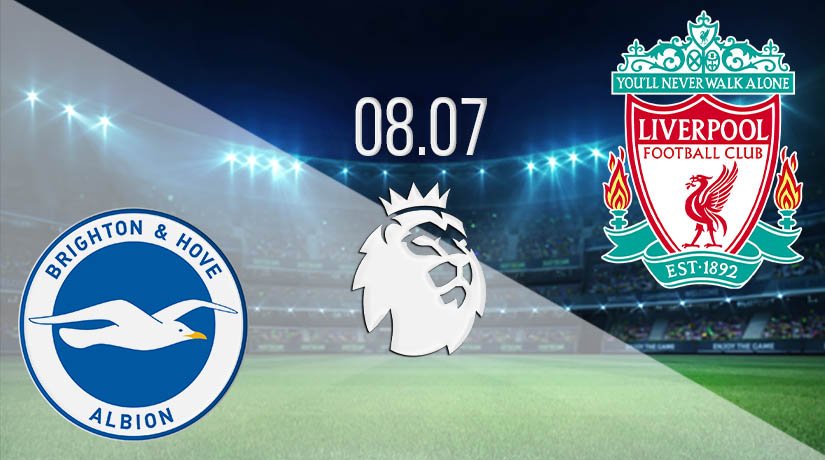 Liverpool’s journey to break records takes them to the AMEX this week as they take on Brighton & Hove Albion. Brighton seem to be safe from the threat of relegation, but they will be keen to ensure that they aren’t dragged back into the scrap.

Liverpool bounced back to winning ways in their most recent fixture against Aston Villa after they were embarrassed by Manchester City at the Etihad. The Reds are still targeting the 100-point total that was recorded by City, and they will need four wins from their remaining five games to achieve that. Liverpool have been in incredible form over the course of the season as they have lost just two games. However, their performance levels have dipped a little since the restart and they were fortunate that Aston Villa didn’t take the lead against them in their last fixture. Regardless, Liverpool were able to compose themselves and managed to secure a comfortable 2-0 success in the end after goals from Sadio Mane and Curtis Jones. The latter of which may be handed a start in this fixture after impressing in cameos throughout the season.

Brighton came into the restart in dire straits but they now appear to be safe from the threat of relegation as they have a nine-point lead over Aston Villa and Bournemouth. However, they will still be looking to get the 40-point barrier to ensure that no teams below them can catch them. They have been in decent form since the restart as they have lost just once in four games, and have won two of their previous four. They were victorious last time out, as they beat Norwich City 1-0. The only goal was scored by Leandro Trossard, but Brighton will have to play much better than that to lay a glove on the champions.

This will only be the sixth time that these two sides have met in the Premier League, with Liverpool having won on all six occasions. Brighton have only scored two goals in these six fixtures, while Liverpool have scored 13.

It isn’t hard to predict which way this game will go, as Brighton have struggled against Liverpool every time they have come up against them. The Reds will get the three points as they edge nearer to the 100-point total.

Make sure to bet on Brighton & Hove Albion vs Liverpool with 22Bet!