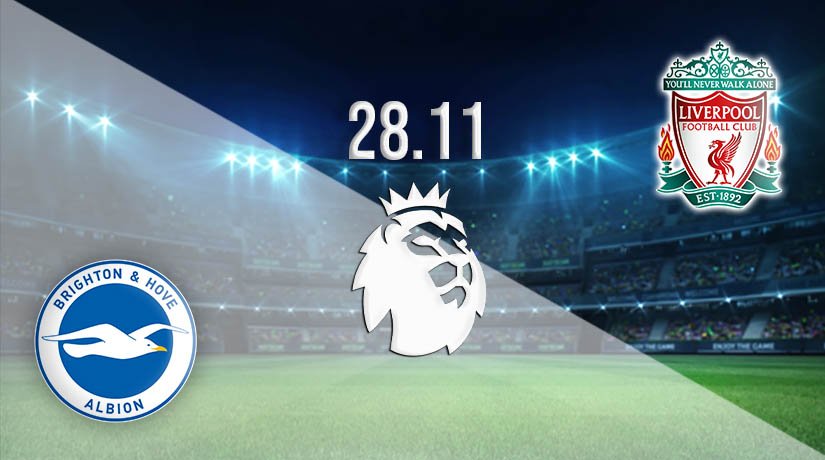 Life at the top of the Premier League comes thick and fast, and Liverpool will once again be in action this weekend as they come up against an entertaining Brighton & Hove Albion.

Jurgen Klopp has already been heavily critical of the schedule that his Liverpool side have been given this season, as the German has berated the fact that the club must face a Champions League clash on Wednesday before returning to Premier League action in the early game on Saturday.

The Reds will need to deal with the schedule, as they are chasing down Tottenham Hotspur at the top of the league. Liverpool are level on points with Spurs, as could move to the summit with at least a draw in this fixture. Klopp’s side have improved defensively since the injury to Virgil van Dijk, which is a surprise to many. Liverpool have won three of their last four, and were excellent in their recent win against Leicester City at Anfield. Diogo Jota scored for the Reds once again in that win, while an own goal by Jonny Evans put them on their way. Roberto Firmino ended his disappointing run without a goal at Anfield by scoring a late third.

Brighton have been one of the best teams to watch in the Premier League so far this season, and they were excellent once again against Aston Villa last time out. It was their defensive ability that got the attention last time out, as they were forced to deal with intense Aston Villa throughout much of the second half. Danny Welbeck scored his first goal for Brighton to put the Seagulls ahead at Villa Park, before Solly March scored an excellent curled effort to secure a second win of the season for Brighton.

This will only be the seventh time that these two sides have met in the Premier League. Liverpool have won all six of the previous meetings, with the most recent of those coming in July. The Reds won that fixture 3-1, which completed the third double in three seasons against the Seagulls.

Brighton are an excellent side going forward, and they will likely cause trouble for this Liverpool defence. The Reds will likely get the win from the fixture, but both teams will find the net.

Make sure to bet on Brighton & Hove Albion vs Liverpool with 22Bet!