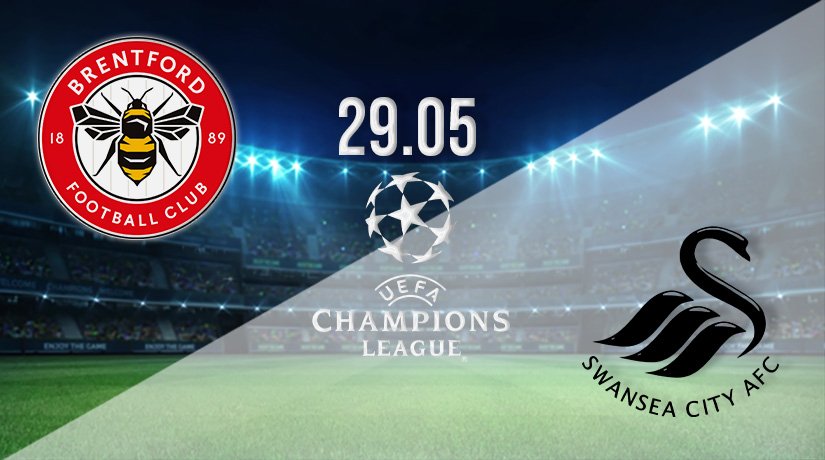 The major leagues across Europe may be over for another season as fans begin to look ahead to this summer’s Euro 2020 competition. But there is one final game of note in the English Premier League as we prepare for the playoff final. Brentford faces Swansea at Wembley on Saturday from 15:00 GMT. It’s a single match that will be played to a conclusion, with the winner securing a place in the top tier of English football.

Fulham, West Brom and Sheffield United have all been relegated from the Premier League after finishing in the bottom three positions. They will be replaced by Championship winners Norwich and runners up Watford and the winner of this match.

Brentford and Swansea both missed out on promotion through the playoffs last season, but one of the teams will gain their spot this time. Which club will take that chance?

Brentford finished as best of the rest in the Championship, ending in third place just four points behind Watford. It was a similar story to last season when they also narrowly missed out on automatic promotion, falling apart in the latter stages of the campaign. Will they improve on that and learn from their mistakes? The London club finished the season with four wins in their last four games.

They beat Bournemouth 3-2 on aggregate over two legs to reach the play-off finals but needed a stunning 3-1 home victory last Saturday to get over the line. The Cherries had Mepham sent off midway through the first half, and Brentford used their experience to take full advantage of the situation.

A clean slate for the Swans

Swansea went agonisingly close to coming through the play-offs last season, and that hurt will be the driving force behind the team in Saturday’s final at Wembley Stadium. They finished the season in fourth place with 80 points on the board, seven fewer than their opponents and 11 off Watford in the automatic promotion places.

The Swans won only one of their last five league games, but that counts for nothing in this match. This is a clean slate for both teams where their form over the season can be forgotten about. This is a winner takes all game with a place in the Premier League on the line. Swansea beat Barnsley 2-1 on aggregate in the playoff semi-finals.

Ninety minutes stands between these teams and their dreams. Extra time and penalties are available if needed, and with a competitive match expected, there’s a chance we could see those options used. Both clubs will believe they are good enough to win the game and progress to the top tier. The pair played out 1-1 draws in their last two meetings, which will be attractive to those who enjoy following the trends when making their predictions.

The pre-match betting odds available at 22bet on this Championship play-off final at Wembley has Brentford at 1.9 with Swansea priced at 4.32 and the draw 3.38.

Make sure to bet on Brentford vs Swansea with 22Bet!