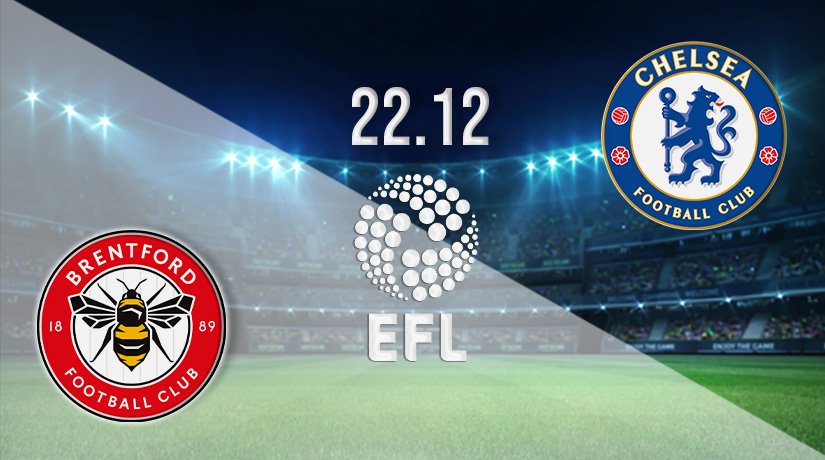 Brentford and Chelsea meet for the second time this season on Wednesday evening, as a place in the last four of the EFL Cup will be the prize for the victors at the Brentford Community Stadium.

Thomas Tuchel will certainly be a little disappointed with the recent form that Chelsea have shown, as the Blues have dropped their performance levels in recent weeks. They have won just once in their last four league fixtures, and just once in their previous five in all competitions.

That run of form has seen the Blues drop to third in the standings, but the focus will be on the EFL Cup this midweek. Chelsea have rode their luck to get to this stage of the competition, as they have needed penalty shootouts in each of their last two outings. They most recent beat Southampton in the fourth round of the competition at the end of October.

Brentford will be daring to believe that they can win a first major trophy this season. They reached their furthest point in a domestic cup last season, as they were knocked out in the semi-finals of the EFL Cup by Tottenham Hotspur.

The Bees have scored 12 goals in the three previous rounds that they have played in, with their most recent victory coming on the road against Stoke City. Brentford have been in decent form recently, as they have lost once in their last five fixtures.

Brentford vs Chelsea Head to Head

Chelsea have won six of the previous seven fixtures between the sides. The last victory that Brentford recorded against the Blues came back in the old First Division back in February 1939.

Chelsea will need to make changes ahead of a busy festive run of fixtures, as the league title is the silverware that they crave this season. That could give the Bees an excellent chance of taking the win and reaching the semi-finals. We give them a good chance of getting the win here.

Make sure to bet on Brentford vs Chelsea with 22Bet!