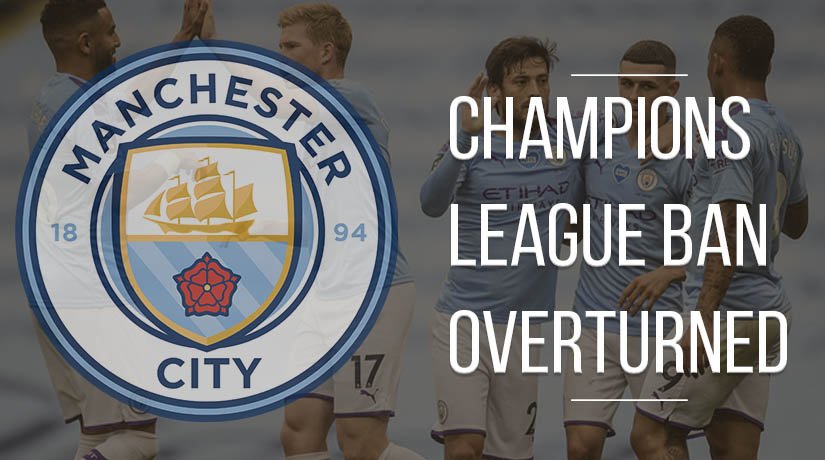 The last few days felt like heaven for Manchester City fans. On Wednesday, the team annihilated Newcastle United 5-0. On Sunday, they did the exact same thing to Brighton & Hove Albion. Yet the team’s biggest victory was achieved not by its players on the football pitch, but by its lawyers in court.

As we reported back in February, Man City was found guilty of engaging in creative accounting in 2012, 2013, 2014, 2015, and 2016 by UEFA’s Club Financial Control Body. The governing body found evidence that the club overstated its sponsorship revenue and was, in fact, operating at a loss. This violates the UEFA principle of clubs needing to be financially sustainable. As a result of these findings, Man City was barred from the Champions League for 2 years and given a fine of €30,000,000 EUR.

On Monday, July 13, the Court of Arbitration for Sport overturned UEFA’s decision to ban the team and lowered the fine to 10 million euro. This is great news for everyone involved with the team. The revenue from lucrative Champions League deals will help Man City avoid having to make structural changes and lose its star players, such as Belgian midfielder Kevin De Bruyne. The fans will get to see their favorite team compete against Europe’s elite. And manager Pep Guardiola will be that much more likely to be offered an extension on his contract (which is due to expire next year).

In a statement, UEFA stated that it recognized the decision of the Court of Arbitration for Sport. The association then said that it will continue to fight for fairness and financial sustainability in European football. UEFA ended the statement by saying that they will be “making no further comments” on the Man City situation in the future.