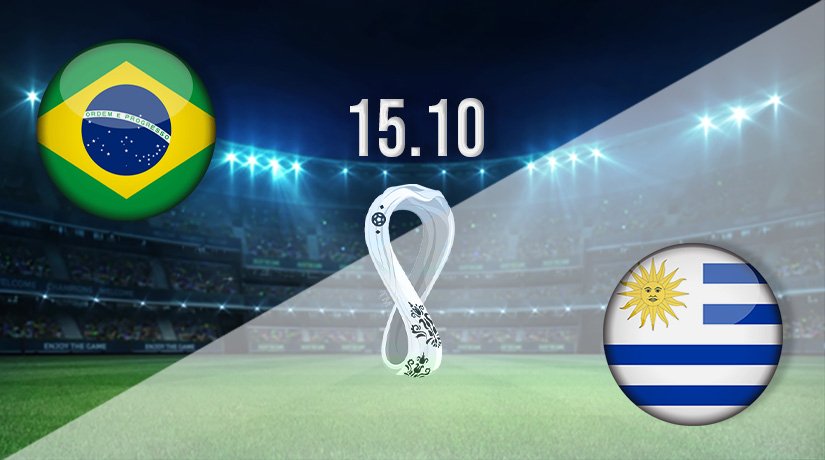 Brazil’s perfect record in qualification came to an end over the weekend, as they were held for the first time. They will be looking to get back to winning ways and extend their advantage over Argentina with a victory over Uruguay.

It has been an outstanding World Cup qualifying campaign for Brazil to this point, and it looks extremely unlikely that they won’t be making to Qatar. The 2002 world champions have a comfortable advantage at the summit, as they are six points clear of Argentina with eight games remaining, while they are 16 points clear of sixth-place Paraguay.

However, they will need to respond in this international fixture, as they saw their 100% record in qualification ended over the weekend. Brazil could only play out a 0-0 draw against Colombia, and looked void of ideas in the final third of the field. Brazil dominated the possession in the match, but registered just four shots on target.

That draw came after they picked up a 3-1 win against Venezuela at the end of last week. All three of Brazil’s goals in that win came in the final 20 minutes, with Marquinhos, Gabriel Barbosa and Antony finding the net.

There is still work to be done if Uruguay are going to reach the finals in Qatar next year. They have won four and drawn four in their opening eleven fixtures, which sees them sit in fourth in the standings. They are just one point inside the automatic spaces, and four clear of Paraguay, who are just outside of the playoff spot.

It was a disappointing outing last time out for Uruguay, as they were well beaten away from home against Argentina. It was potentially their worst performance of the campaign, and a response will be needed if they are to stay in the automatic spots at the end of this international break.

Brazil vs Uruguay Head to Head

Brazil have a fine record against Uruguay, as they are unbeaten in their last eleven against their opponents this week. The Brazilians have also won the last three games against their rivals, scoring seven goals in the process and conceding just once.

Uruguay’s disappointing result against Argentina over the weekend will mean that they need to respond against Brazil. However, the Brazilians should have the quality to get the win, and it could be a comfortable evening for them.

Make sure to bet on Brazil vs Uruguay with 22Bet!