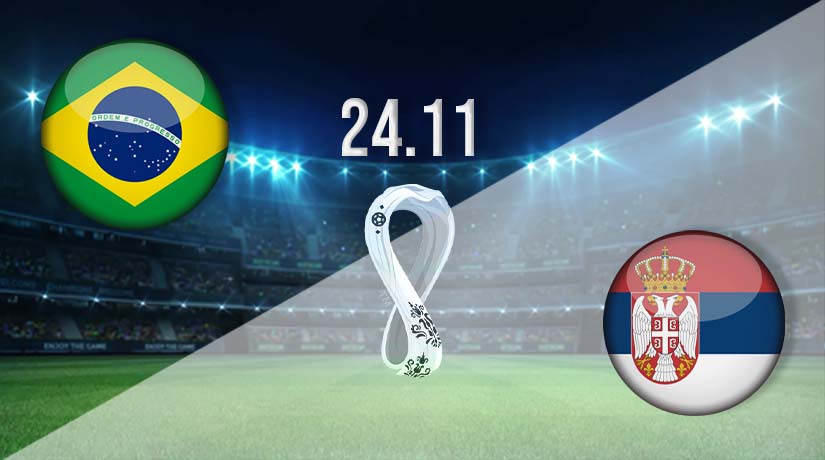 One of the heavy tournament favourites at the World Cup this year open their campaign on Thursday, as Brazil look to get off to the perfect start against Serbia at the Lusail Stadium. But, can the fancied Brazilians end their 20-year wait for a World Cup success in Qatar?

One of the teams that many are excited to see for the first time in Qatar this year will be Brazil, and we will get a first glimpse of the tournament favourites on Thursday evening, as Tite’s side take on Serbia. Brazil’s appearance at the World Cup maintains their excellent record of having appeared at every edition of the competition since 1930.

They also have an excellent record in the group stage of the competition, as they have gone 15 without a defeat. Their last loss in the group stage at the World Cup came back in 1998, as they were shockingly beaten by Norway. However, their issues have come at a later stage, as they are yet to win another World Cup since their success in South Korea and Japan 20 years ago. However, they come into the tournament in great form, having won seven of the eighth games that they have played this calendar year. Their final warm-up game came against Tunisia, as they claimed a 5-1 win in September.

Serbia will be the huge outsiders in the betting for this opening clash in Group G, but they come into the tournament having won four of their previous five games. Their final warm-up fixture came last week, as they hammered Bahrain 5-1. But, this is a completely different challenge altogether.

But, they are becoming a more regular force at the World Cup, having managed to qualify for four of the previous five editions. However, during that run, they have lost seven of nine World Cup fixtures that they have played, which is more defeats than any other European nation.

Brazil vs Serbia Head to Head

This is the second straight World Cup that the nations have been drawn alongside each other. Brazil were commanding 2-0 winners in Russia four years ago, while they also recorded a 1-0 win in the other previous meeting between the nations.

Serbia may surprise a few and make it through to the next round of the competition. However, first matches in the competition don’t get more challenging than this. We would be extremely surprised to see any other result in this fixture than a win for the Brazilians.

Make sure to bet on Brazil vs Serbia with 22Bet!