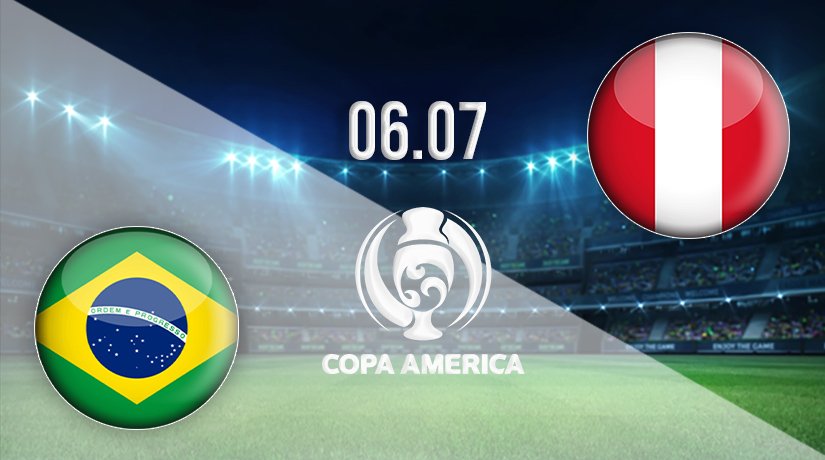 Just four teams remain in the Copa America, and the first of the two semi-finals this summer gets underway in the early hours of Tuesday morning. Brazil will be looking to reach their second straight final, but they come up against a Peru side that will be looking to spring a surprise.

Brazil remain the team to beat in the Copa America this summer, as they have looked strong defensively, and have flourished in the attacking third. The Brazilians enjoyed a strong group campaign, as they picked up ten points from a possible 12. They scored ten goals in total, which was the best attacking record. Meanwhile, they conceded just twice, which was the joint-best record. It was a slightly nervier affair in the quarterfinals, as they managed to hold on to secure a 1-0 win against Chile.

Lucas Pacqueta scored the only goal of the game early in the second half. Chile were offered a route back into the game just over a minute later after a moment of madness from Gabriel Jesus saw the Manchester City striker given a straight red card. Chile piled on the pressure throughout the second half, but the Brazilian defense was efficient, as they managed to keep the Chileans at bay.

Peru will be the opponents for Brazil in the semi-finals, as it will be the second meeting between the nations in the Copa America this summer. The two teams last met in the group stages, as Brazil ran out comfortable 4-0 winners on matchday two. However, Peru recovered from that setback, as they won two of their next three fixtures. Their only slip-up came in the form of a draw against Ecuador.

Peru were involved in potentially the game of the tournament in the quarterfinals, as they played out a 3-3 draw with Paraguay, before winning 4-3 on penalties. Yoshimar Yotun looked to have given Chile the win with ten minutes remaining, but Paraguay equalized after Andre Carrillo was sent off. The confidence that the shootout victory would have given them could be crucial.

Brazil come into this semi-final with a strong record against Peru. They have won five of the previous six international fixtures against Peru, which includes victories in the previous two meetings, which have both taken place in the past year.

The first game between these nations could be used as inspiration for this semi-final showdown. Peru will be missing their best player in Carrillo, which means that it is very challenging to see anything other than a Brazil victory.