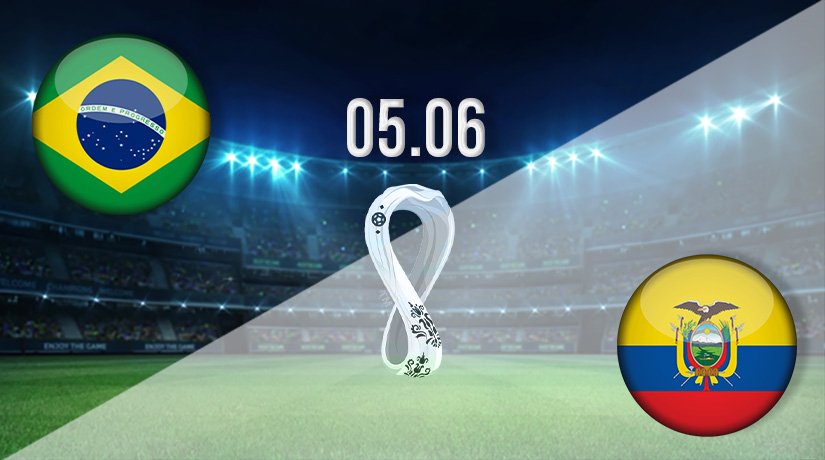 There is some serious business for Brazil and Ecuador to attend to before the Copa America gets underway. The two nations will meet in a World Cup qualifier on Friday evening, with both sides looking to continue their impressive start.

Brazil have won all four games that they have played, while they have scored 12 goals and have conceded just twice. They have a five-point advantage over fifth-placed Uruguay, and another victory on Friday will almost mean that they have one foot at the World Cup in Qatar at the end of next year. Brazil’s last win came against Uruguay back at the end of 2020, as Artur and Richarlison scored in the 2-0 win against their rivals.

Ecuador are also in a prominent position after the five rounds of games in this group, as they have lost just once in four games. That defeat came on the opening night of qualifiers, as they were beaten away from home against Argentina. They have bounced back excellently since that defeat, as they have won their previous three. No other team in qualifying has scored more goals than the 13 that Ecuador have hit so far. Meanwhile, they have conceded six goals. Their last international was a friendly game against Bolivia, as they ran out 2-1 winners. Fidel Martinez and Michael Estrada scored the goals in the hard-fought victory.

Brazil vs Ecuador Head To Head

This is not a fixture that Ecuador have got an awful lot of joy in. They have lost to Brazil in 26 of the 32 meetings between the nations. They have recorded just two wins, but their most recent win came in November 2004. Brazil have won the last two against Ecuador, while they haven’t conceded a goal in the previous four fixtures between the sides.

Ecuador may have starting this qualification campaign in good form, but it will be hard to see past a Brazil win on Friday. They have an excellent record against their rivals, and have a habit of keeping clean sheets and grinding out victories.

Make sure to bet on Brazil vs Ecuador with 22Bet!