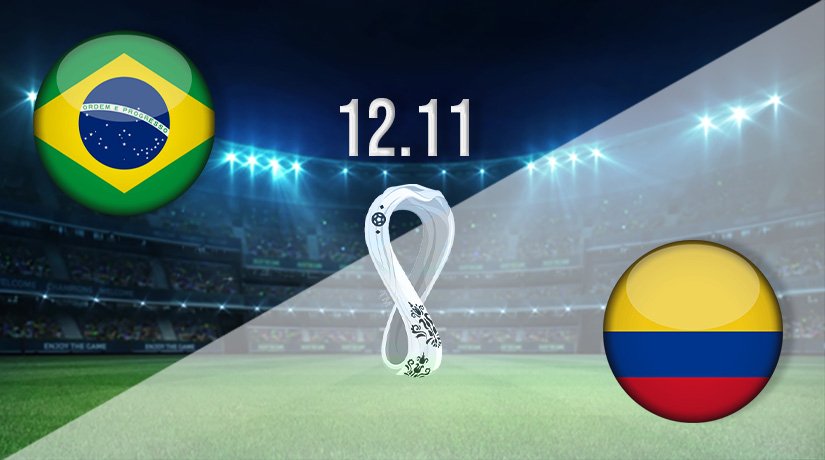 There may be no club football this week as followers see the Premier League, La Liga, and Serie A make way for the return of the World Cup qualifiers, but there is plenty to look forward to. The weekend schedule throws up some fascinating matches from South America, Europe, Africa and beyond as the major teams aim to boost their chances of making it to next year’s World Cup.

We are approaching the end of the road in the preparations for Qatar 2022, but there’s still plenty of football to be played, and armchair fans can follow the best of the action live on television.

One game that is sure to make lovers of the beautiful game sit up and take note comes from the South American World Cup qualifiers where Brazil take on Colombia. The home team sits top of the league and look likely to take their place in Qatar next November.

The players will feel they have already done the hard work to get themselves ahead and open up a gap over the chasing pack, but fans will want to see them cross the line in style by remaining unbeaten and going as close to a perfect campaign as possible.

Whenever these teams meet, there is always fireworks, and another exciting match is expected on Friday from 00:30 GMT. The stats show Brazil have dominated past meetings with Colombia, winning a dozen of their prior 23 games with nine draws and only two wins for the Colombians.

The most recent game produced a goalless draw last month, but everyone preparing to watch this match live on television hope for more talking points here.

Brazil are top of the table

Brazil entered the qualifying campaign as the hot favourite to win the South American bracket and secure their slot at Qatar 2022 with time to spare. They have lived up to expectations and are in the driving seat to progress as league winners. The Samba Boys set the standard and are unbeaten so far, sitting on top of the table and protecting a six-point advantage over the chasing pack.

Another victory here would see them move a step closer to total dominance and with the way they have been playing it wouldn’t be a surprise to see them cross the finish line with more than the six points advantage over Argentina in second.

Does this Brazil side have what it takes to relive the glory years and win the World Cup next December? It’s certainly possible and there’s no surprise to see they are one of the strong early favourites alongside the best of the European nations like Germany, Spain and Italy. The competition proper is still some way off and, until arriving in Qatar, the players and coaching staff will remain fully committed to winning the qualifying group.
BET ON BRAZIL V COLOMBIA WITH $100 BONUS

Brazil already have one foot in Qatar but they want to make a statement, showing just how talented and exciting this team is. They want to prove to the watching world that Brazil is back as a major force in the game and will go into next year’s tournament expecting to win it. The best way to get the attention of fans worldwide is to win the league and go through with a proud unbeaten record.

They are already well on their way to doing just that. After 11 games played, Brazil have 10 wins and one draw, scoring 26 goals and conceding just four.

Colombia are struggling for wins

The visitors make this trip on the back of an eye-catching unbeaten run but the nation has drawn four of their last five games and finished level in each of their last three. They are proving a very difficult team to break down and that will be invaluable when it comes to the latter stages of the group campaign but the attackers must start to pull their weight and get the goals that are needed to turn one point into three.

They have the quality to do that and are creating chances but must find the finishing touch.

The visitors can be found sitting fourth in the league with 16 points on the board and they are no danger to their opponents in terms of finishing position. Colombia will have their mind set on climbing the table and, at present, are able to finish third in the pool which would improve their chances of going through to Qatar.

The 16 points gained is just one less than Ecuador who are currently in third with fifth place Uruguay also on 16 points. There’s still all to play for and Colombia could finish as high as third but if they continue to struggle for wins they could also drop down the pecking order with Paraguay in eighth just four points behind.

Colombia played three times last month and served up a trio of goalless draws, something that will be a concern for fans. The defence stood firm against Uruguay, Brazil and Ecuador but the attack failed to make an impression despite getting plenty of service into the strikers.

The team’s last win came four games ago in the shape of a 3-1 home victory over Chile in the early days of September.

Brazil were unable to break the Colombian resistance just a few weeks ago when on the road but they now hold the home advantage and will expect to improve. The Samba Boys have the quality to unlock that disciplined defence and if they can get a goal early in this match it will blow the game plan of their opponent wide open.

The longer this match remains goalless the more frustrated Brazil will become.

For Colombia, this isn’t an ideal situation. It’s never great knowing they must win a game and it’s even worse when the team they have to beat to get the points is Brazil on their own patch.

The Colombian defence must be as rigid as they were last time but must improve going forward. The focus will be on the front men to get a goal.

Make sure to bet on Brazil v Colombia with 22Bet!