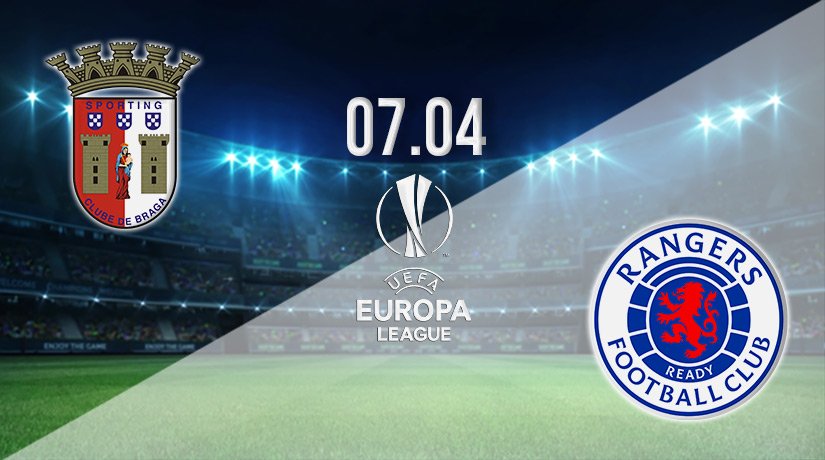 The quarterfinal round of the Europa League gets underway this Thursday, as the first legs are played. Two sides that will have outside chance of making it all the way to the final this season will meet at this stage, with both Rangers and Braga impressing throughout their respective Europa League campaigns this season.

Braga will have home advantage for the first leg of the quarterfinal against the Scottish champions. The Portuguese side finished second in their Group F campaign earlier in the season, but have really come into their own since the knockout stages have got underway.

Braga’s home form in the group stages was excellent, as they won two of the three games that they played. However, they still finished a point behind group winners, Red Star Belgrade. That finish meant that Braga needed to make it through a playoff round to reach the round of 16.

They just about survived their challenge against Sheriff, eventually winning on penalties after the sides were locked 2-2 on aggregate. They caused a slight shock in the previous round, as they managed to knock out Monaco. Braga won the first leg 2-0, before drawing 1-1 back in France.

Rangers will be looking for a positive response this week, as they were recently beaten by local rivals Celtic in the Old Firm. However, their record in Europe this season has been very encouraging. Their biggest win came in the playoff round, as they overcame German giants Borussia Dortmund with a 6-4 aggregate success.

In the previous round, they beat Red Star Belgrade comfortably over two legs. The job was effectively done after the first leg, as they won 3-0 at Ibrox. They were narrowly defeated in the second leg away from home, but progression was still assured with a 4-2 aggregate win.

Braga vs Rangers Head to Head

This will be the third match between Rangers and Braga. Rangers have a very successful record in the fixture, as they have won both previous fixtures. They have scored a total of four goals and have conceded just twice.

Rangers may have the added advantage of having won both previous meetings between the sides, but Braga’s home record in Europe this season has been very impressive. For that reason, we would be willing to take a chance on the Portuguese side winning the first leg on Thursday.

Make sure to bet on Braga vs Rangers with 22Bet!