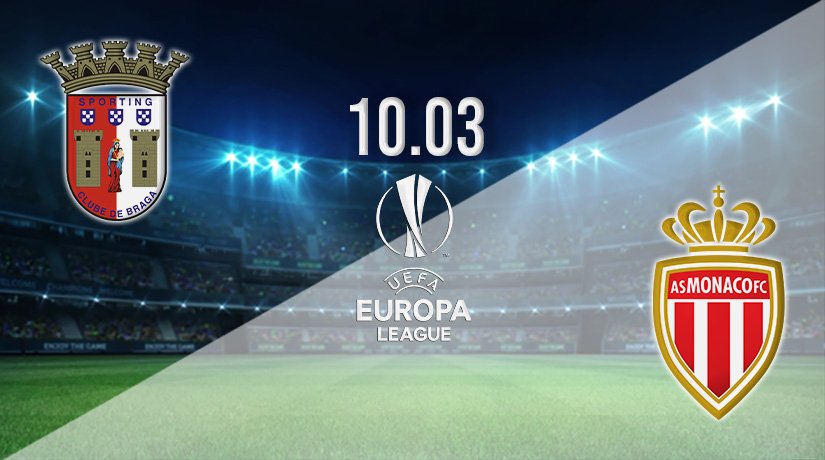 Braga survived an almighty scare to reach the round of 16 of the Europa League this season. They will come up against one of the sides expected to go far in the competition in this round, as Monaco travel to Portugal for the first leg between the sides on Thursday.

Braga will have home advantage for the first leg against Monaco in the round of 16 this season. They have been strong at home throughout their campaign, and will likely need to take some kind of advantage back to France if they are to progress through to the quarterfinals this season.

Braga needed to show their character in the previous round of the competition, as they needed to come back from a 2-0 disadvantage in the second leg against Sheriff.

They managed to do all the hard work in the first half of the second leg, as Iuri Medeiros and Ricardo Horta scored the goals in the opening 43 minutes. However, they weren’t able to find the clinching goal in regulation or extra-time, which meant penalties were needed. Braga eventually progressed with a 3-2 success.

Monaco have been one of the standout sides in the Europa League this season, as the French side topped their Group B standings in the first half of the campaign. That was a fairly difficult looking group on paper, as they came up against Real Sociedad and PSV.

Braga vs Monaco Head to Head

These two sides have never previous clashed. However, Braga has come up against French opposition on six occasions, and have won just twice. Meanwhile, Monaco are winless in their previous five matches against sides from Portugal in UEFA competition.

The record than Monaco has against sides from Portugal will be concerning coming into this fixture. Therefore, we could see the sides play out an unlikely draw in the first leg, but Monaco finally manage to get over the line when the tie moves back to France.

Make sure to bet on Braga vs Monaco with 22Bet!