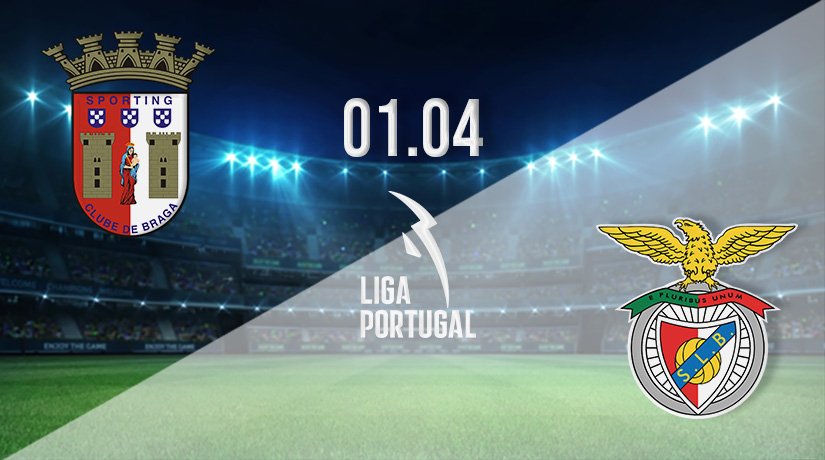 Benfica are six points behind Sporting Lisbon coming into this fixture, and are a distant 12 points off the current league leaders. However, their place in the Champions League this term already looks assured, as they boast a healthy advantage over Braga. That gap currently stands at 12 points coming into this fixture, and could be increased to 15 points with a win on Friday.

Benfica has won three of their previous four games in the league, and bounced back from a draw in their most recent fixture before the international break. That win came against Estoril Praia, as Rafa Silva and Goncalo Ramos scored the goals. However, they will be keen not to get dragged into a scrap for a place in the top three over the final month or so of the season.

Braga will be aware that there is a very unlikely chance that they will be breaking into the top three this season, but they are likely to fight until the end of the season nevertheless. However, if they are to get a chance of overtaking Benfica, then their recent form will need to improve.

Braga has won just twice in their previous five league fixtures, and could be overtaken by Gil Vicente this weekend depending on results. They did end a three-game losing run in their last fixture, as they beat Portimonense 2-1 away from home.

Braga vs Benfica Head to Head

Benfica have won their last two games against Braga. Their latest victory against their opponents this weekend was a 6-1 thumping back in November. However, Braga’s home record against Benfica is very underwhelming, as they have gone six without victory.

This is a huge match in the contexts of the season for both sides. However, Benfica have an exceptional away record in this fixture, having won on their last six visits. We could see that run carrying on this weekend, and struggle to see past Benfica taking the points given the form that both sides have been in recently.

Make sure to bet on Braga vs Benfica with 22Bet!