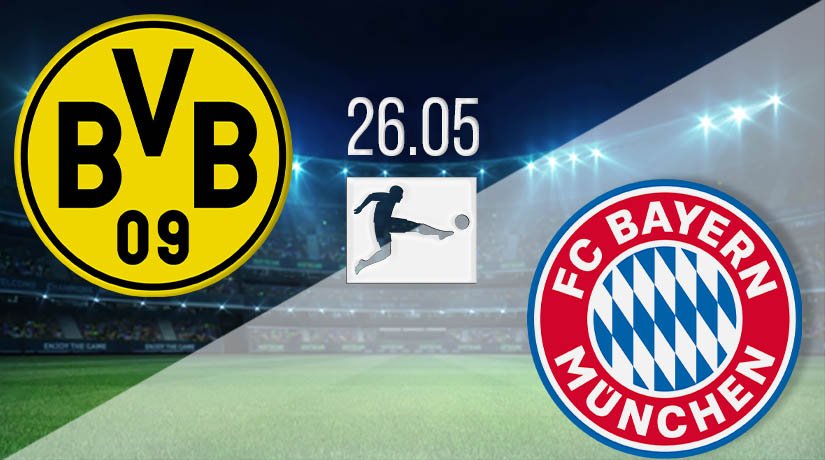 The match that the footballing world has been waiting for will take place this week, as Bayern Munich travel to the Signal Iduna Park to take on Borussia Dortmund. The stakes couldn’t be any higher, with the destination of the Bundesliga title hanging in the balance.

This round of mid-week fixtures will be headlined by the clash between Bayern Munich and Borussia Dortmund. The game couldn’t be any bigger, with the winners from the game looking destined to win the league title. There are four-points between the two sides, which means defeat for Dortmund would mean that their title chances will be over. However, a win would cut the gap to just a point.

Dortmund couldn’t be in better form heading into this game, and there is a feeling that playing games behind closed doors has actually benefited them as there isn’t as much pressure on the young players to get the win. They have won their last six games, with their two matches since the restart coming against Schalke and Wolfsburg. In those two games, they have scored a total of six goals and are yet to concede. Their win last time out came against Wolfsburg, with Raphael Guerreiro putting the travelling side ahead just before the break. Dortmund would double their lead with just over ten minutes remaining as Jadon Sancho would set up Achraf Hakimi.

Bayern are also in the best possible form, as they have won six games on the bounce too. Their form since the restart has been frightening as they have dropped just two points in that time. The reigning champions have been efficient since the winter break, and that has been the case once again following the restart. They have won their last two games without playing their best football, with their 5-2 success against Eintracht Frankfurt being the last outing. Leon Goretzka, Robert Lewandowski, Alphonso Davies and Thomas Muller got the goals in that win.

This will be the 45th meeting between these two sides, with Bayern holding the dominant advantage having won on 23 occasions. Dortmund have won 15 times and there have been six draws. Bayern have won the last two meetings between the sides, with the most recent fixture ending in a 4-0 success. However, Bayern haven’t won in their last two visits to Dortmund.

This will be one of the most entertaining games of the season, and it is difficult to predict which way it may go. There is no doubting the abilities of both sides in the attacking third, but defensively, there are questions surrounding whether Dortmund will be able to keep Bayern out. Because of that reason, the preference would be for a Bayern Munich win, with both teams to score.

Make sure to bet on Borussia Dortmund vs Bayern Munich with 22Bet!