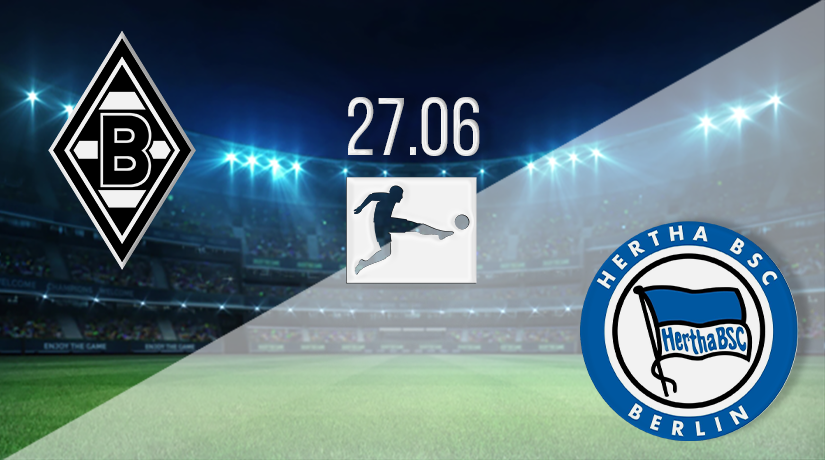 The action in the Bundesliga comes to a close this weekend, with all teams in the division playing their final fixtures of the season on Saturday. One of the most interesting fixtures to take place will see Borussia Monchengladbach looking to consolidate their place in the top four against Hertha Berlin.

The race to finish in the top four of the Bundesliga is the final aspect of the season that needs to be decided. It will be straight battle between Monchengladbach and Bayer Leverkusen to see who gets the final space, with a point for Monchengladbach realistically enough to see them secure their spot.

Monchengladbach’s form has been inconsistent over their previous six, as they have won three times, lost twice and drawn once. They will however come into this fixture in good form having won their last two. The superior goal difference that they have over Leverkusen could be the most importance factor, as Leverkusen would need a nine-goal victory if Monchengladbach draw. Monchengladbach’s last two performances have been good, as they have beaten Wolfsburg and Paderborn. The latter of those was their most recent fixture in the Bundesliga, as Monchengladbach gained a 3-1 victory. Lars Stindl scored a brace in that victory, while Patrick Hermann opened the scoring.

Hertha Berlin will be hoping that they can end the season with one final victory, as three points could see them finish as high as eighth. Meanwhile, a defeat would mean that they could finish in the bottom half of the league standings. Hertha have been in inconsistent form over recent weeks, as they have won twice in five, and also endured a three-match losing streak. They were able to end that losing streak in their last fixture as they claimed three points against Bayer Leverkusen. Matheus Cunha and Dodi Lukebakio scored the goals in that victory.

The head to head record makes for good reading for Hertha Berlin, as they haven’t lost to Monchengladbach since 2018. They have been unbeaten in their previous three against their opponents this weekend, with their last fixture away from home against Monchengladbach ending in a 3-0 success. The match earlier in the season ended in a 0-0 draw.

Monchengladbach will be determined to get the result that they need to get the three points from this fixture, which means the preference would be for the home win.

Make sure to bet on Borussia Monchengladbach vs Hertha Berlin  with 22Bet!