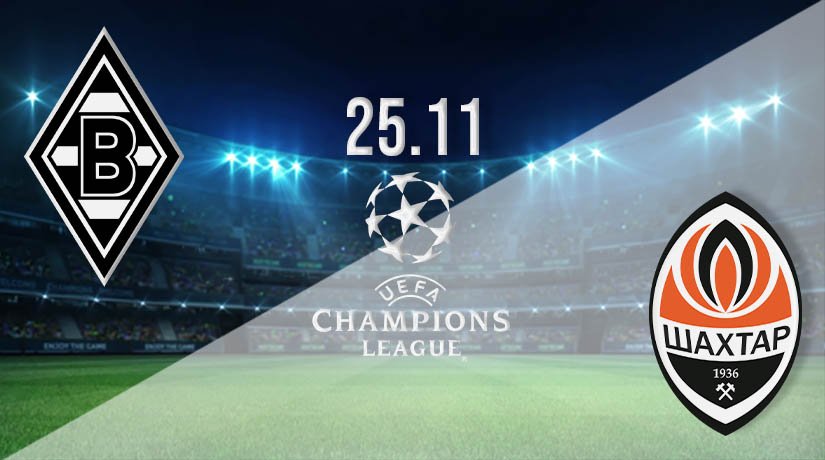 Wednesday evening brings another eight Champions League group matches from four different groups. In this article, we shine the spotlight on Germany where Borussia Monchengladbach face Shakhtar Donetsk from 17:55 in Group B.

Borussia Monchengladbach were expected to struggle when sharing a pool with Real Madrid and Inter Milan, but they have proven to be the dark horse of the group, hitting the front early and recording some impressive wins. The Bundesliga side enter the week top of Group B with one win and two draws, scoring ten goals and conceding four. Borussia are a point better than their opponents and the Spanish La Liga champions.

A closer look at the numbers so far show Monchengladbach have the best defensive record of the division and are the only side with their goals scored in double figures. They’ll be eager to build on that momentum and secure a home win that would move them a step closer to the knockout rounds of the tournament.

Donetsk are the lowest scorers

Shakhtar Donetsk are another club pundits picked to struggle at the wrong end of the pecking order but, like their opponents, they have more than held their own in the first three games. Shakhtar have won one, drawn one and lost one, scoring three goals but conceding eight. Despite being second in the list the visitors are the lowest scorers with the highest number of goals against.

Donetsk got off to a winning start but failed to build on that victory and have taken only one of the last six available to them. They were beaten last time out and are now just two points better than bottom club Real Madrid. With a late surge expected from Blancos and Milan Shakhtar know they must get something out of this match.

Borussia have a great opportunity to record a home win and really crank up the pressure on Real Madrid and Inter Milan who face-off in the group’s other match. Donetsk know things could get uncomfortable for them if they lose in Germany. The pressure is on the visitors to get at least a point from matchday four.

The pre-match betting available at 22bet has Borussia Monchengladbach as favourites for the win with odds of 1.5 available. Shakhtar Donetsk to score an upset is 6.1 or there’s 4.46 the draw.

Make sure to Monchengladbach vs Shakhtar with 22Bet!