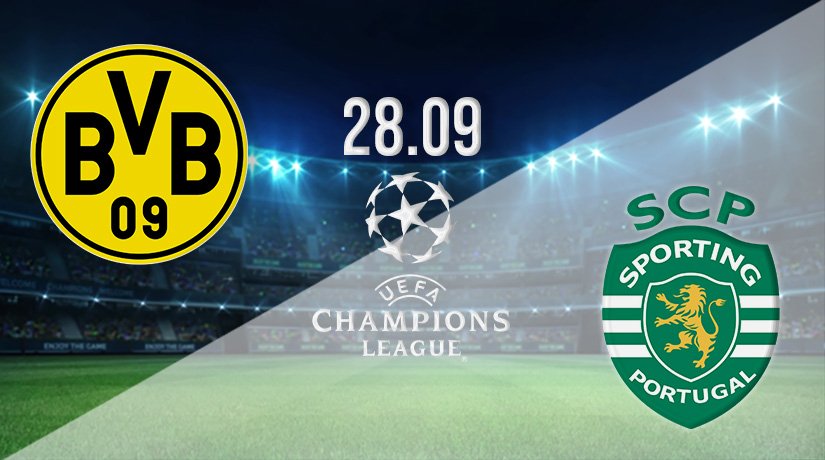 Borussia Dortmund will be looking to make it two wins from two in Group C on Tuesday evening, as they host Sporting Lisbon at the Westfalenstadion in Germany.

Borussia Dortmund kicked off their Champions League campaign in fine fashion with a win on matchday one, but a second win is certainly needed to enhance their chances of reaching the next round. Home results will be crucial to their chances of progression, but in truth, they should have far too much for Sporting Lisbon on Tuesday night. Dortmund overcame a hostile crown in their first group stage fixture, as they beat Besiktas 2-1 in Turkey. The game was more comfortable than the result suggests, as Dortmund were 2-0 up at the half time. Jude Bellingham continued to impress in that fixture, scoring the opening goal of the game after 20 minutes. Erling Haaland then opened his account for the Champions League campaign with a second on the stroke of the half time whistle.

Sporting Lisbon have an almighty challenge on their hands if they are to have any chance of reaching the next round of the Champions League. Sporting were hammered in the opening group game, as they went down to a 5-1 defeat against Ajax at the Jose Alvalade Stadium. They had no answer against the Dutch giants, and fell to pieces in the second half of the match. However, there has been a response from them in their last two domestic fixtures, winning both 1-0. That newfound defensive solidness will be key to their chances against such an impressive Dortmund side in this week’s Champions League fixture.

Sporting have come up against Dortmund in the Champions League on two previous occasions, with both of the last fixtures coming in the 2016-17 group stages. However, they were largely forgettable for the Portuguese side, as they lost both games. Their record against German sides is also poor, as they have won just once in 15 previous meetings.

Dortmund are the pick here. They have started their Champions League campaign in excellent fashion, and have a great record against Sporting. Their record against Portuguese sides is also very impressive, as they have a 100% record from six fixtures against clubs from Portugal, scoring 17 goals in the process.

Make sure to bet on Borussia Dortmund vs Sporting Lisbon with 22Bet!