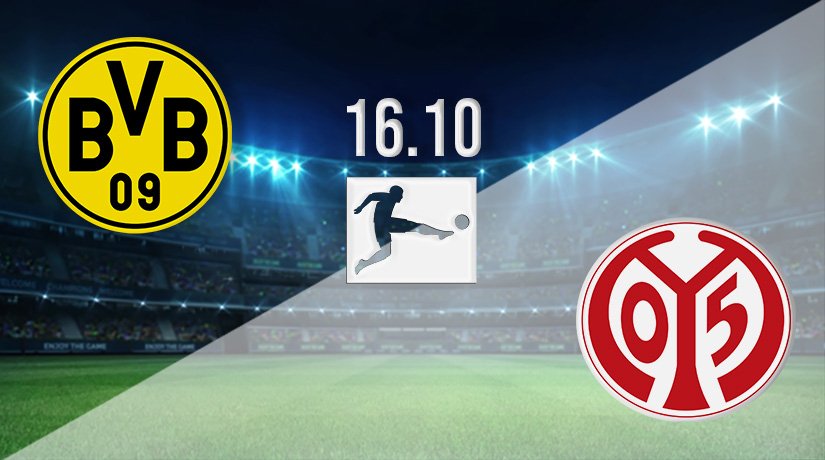 Borussia Dortmund look to be in the hunt for the Bundesliga title this season, and they will looking to maintain that momentum when they host Mainz at Signal Iduna Park on Saturday afternoon.

It has been a fine start to the new Bundesliga season for Borussia Dortmund, as they look to be in a prominent position to lay down a title challenge. Dortmund are in third place in the league standings at this stage of the season, and they will face the challenge of Mainz in the German top-flight this weekend.

It will still be a fierce fight for the Bundesliga title this term, but Dortmund look more than ready for that challenge. They have started the new campaign with five victories and two defeats from the seven games that they have played. Their recent form has also been extremely strong, as they have won four of their previous five fixtures.

Their fourth win during that sequence was picked up before the international break, as they beat Augsburg 2-1 at home. Raphael Guerreiro opened the scoring in that match from the penalty spot, while Julian Brandt scored the clinching goal six minutes into the second half.

Mainz will be reasonably happy with their start to the new season, as they sit in the top half of the standings, above the likes of Borussia Monchengladbach, Frankfurt and Hoffenheim. However, their recent form has been a blow, as they haven’t won in their last three fixtures.

They have also lost their last two games in the Bundesliga, with those defeats coming against Union Berlin and Bayer Leverkusen. That 2-1 defeat against Union was a frustrating evening for Mainz, as they took the lead through Marcus Ingvartsen, before conceding twice in the second half of the fixture.

Dortmund took four points from the fixtures played against Mainz last season, but their only win against this weekend’s rivals came on the road. They haven’t beaten Mainz in their last two home fixtures, with the 2019-20 season meeting at Signal Iduna Park being won 2-0 by Mainz.

Dortmund have a poor record against Mainz at home in recent seasons. But, they should be able to use the momentum that they have shown over recent weeks to their advantage on Saturday. It may not be a big scoreline, but we expect Dortmund to get the three points.

Make sure to bet on Borussia Dortmund vs Mainz with 22Bet!