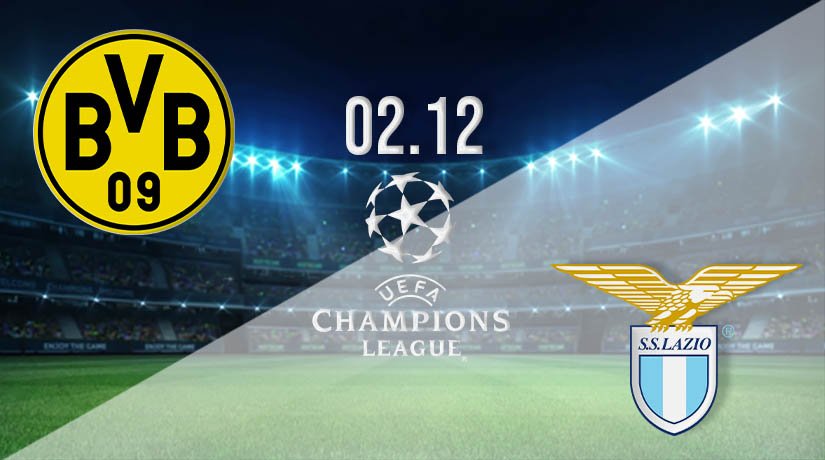 Borussia Dortmund take on Lazio from 20:00 in the penultimate match from Champions League Group F. The home team are out in front but there’s still all to play for with their opponents within striking distance. Neither side have secured their place in the next round yet but that will change after this game.

Dortmund have won their last three

Borussia Dortmund enjoy pole position ahead of matchday five with their form so far showing three wins against one defeat with nine goals scored and three conceded. The nine points gained has them one ahead of Lazio and five better than Club Bruges in third with only six points left to play for. The locals know their destiny is in their own hands and supporters can’t ask any more than that.

Dortmund are the form team of the two involved in this match having won each of their last three games. They beat Club Bruges with ease at this venue when last in Champions League action, impressing on their way to a 3-0 victory. Haaland netted a double that day with the other scored by Sancho on the stroke of half time.

Lazio arrive in Germany knowing victory would see them bag a place in the knockout stages of the Champions League and they’d also be in a great position to do it as winners of the group. The Italian Serie A outfit have won two and drawn two of their four, scoring eight goals and conceding four. They are the only unbeaten team left in Group F.

Lazio followed a pair of draws with victory when last playing Champions League football, beating bottom club Zenit St Petersburg 3-1 in Italy. Immobile netted a brace in that match with Parolo chipping in with the third goal. Despite that win, Lazio suffered a shock 3-1 home defeat against Udinese in Serie A on Sunday and will be eager to bounce back.

Borussia Dortmund are top of the pile and showing great form as they speed towards the finish line. Confidence is high and supporters will expect them to bag another three points. Lazio are under pressure following that weekend defeat but have the quality to return to winning ways.

Make sure to bet on Borussia Dortmund vs Lazio with 22Bet!