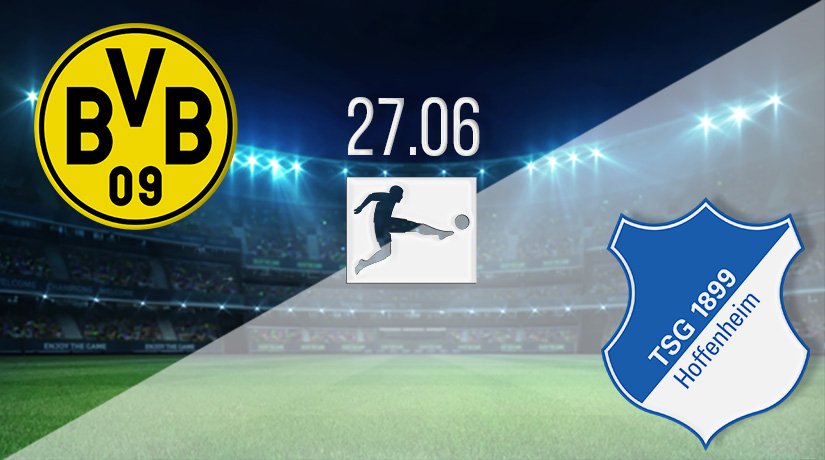 There will be a lot of attention on the Borussia Dortmund match this weekend, as it could potentially be a final game at Signal Iduna Park for Jadon Sancho. The Englishman has been linked with a move to Manchester United this summer, and this could be the final sighting of him in Dortmund’s famous yellow strip.

Borussia Dortmund and Hoffenheim have both consolidated their positions in the European places this season, which means that there is very little to play for in this fixture. Dortmund will finish the season in second place, while Hoffenhim will end the season in either seventh of sixth. The visitors this weekend are currently in seventh but they could climb a place depending on how Wolfsburg get on this weekend.

Dortmund have been in decent form since their defeat against Bayern Munich, as they have won four of their past five. Their only defeat during this run of form was against Mainz as they were beaten 2-0. They bounced back to form in their last fixture against RB Leipzig as they won 2-0, with the goals for Dortmund being scored by Erling Braut Haaland. Jadon Sancho was one of the stars in that fixture, but the Englishman could be making his final appearance for Dortmund in the game on Saturday. Sancho will be keen to deliver the three points if he is to leave the club in the summer.

Hoffenheim have managed to secure their place in the Europa League with a game to spare as they won last time out, while Freiburg were beaten. Hoffenheim have lost just once in their previous six, and have won their last two games in the Bundesliga. Their last win in the league was a comfortable 4-0 success against Union Berlin, with Ihlad Bebou, Andrej Kramaric, Moanes Dabour and Christoph Baumgartner scoring the goals.

Dortmund’s record against Hoffenheim has been disappointing over recent seasons as they haven’t beaten them in four attempts. Hoffenheim have won twice in this space of time, while there have been two draws. There hasn’t been an away victory in this fixture since Hoffenheim won at Signal Iduna Park in 2013.

Home advantage is crucial in this fixture, which means that the preference would be for Dortmund to get the three points and end the season on a high. Haaland would also be a popular selection for gamblers for first goalscorer.

Make sure to bet on Borussia Dortmund vs Hoffenheim  with 22Bet!