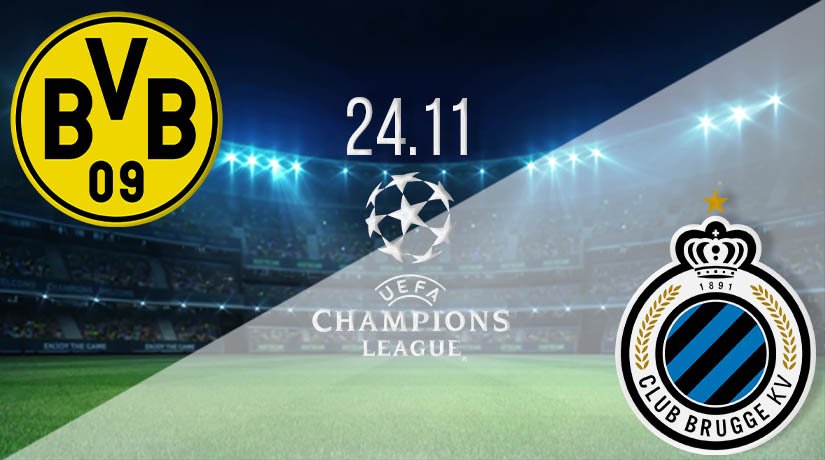 A Group F Champions League match will be played in Germany from 20:00 on Tuesday as Bundesliga club Borussia Dortmund take on Club Bruges. The home team are top of the pool but there’s still all to play for with no more than two points between them and their opponents in third. This looks a three-horse race to finish in the top-two and that should make for interesting reading.

Dortmund in a menacing mood

Borussia Dortmund are in pole with six points claimed from a possible nine, scoring six goals while conceding three. The Germans lost their opening match against Lazio but quickly bounced back to get their campaign moving with a pair of impressive wins. Victory here would see them take a huge leap towards a place in the knockout stages of this season’s Champions League.

Dortmund were last seen in action beating Club Bruges 3-0 on the road earlier this month and that result will fill the home dressing room with confidence. They have since lost 3-2 at this venue against Bayern Munich before hammering Hertha Berlin 5-2 on the road at the weekend. With 10 goals scored this month already, Borussia are in a menacing mood.

Bruges still in the running

Club Bruges arrive in Germany placed third in the pool with four points claimed from their opening three games. They opened with a deserved with over Zenit St Petersburg and followed that with a hard-fought draw with Lazio on matchday two. A fine start for the club but they were then crushed by Dortmund at home and now must respond to that defeat.

Bruges may be second from bottom of the division, but a win here would move them above their hosts into the top-two. If they are to have any chance of causing the upset here Bruges must defend much better than they did at home against Dortmund.

Borussia enjoy the home advantage and the confidence that comes from that comfortable win over Bruges last time. The visitors look to be up against it here but there’s still all to play for in this group and they are capable of making life difficult for the two teams currently above them.

The pre-match betting available at 22bet has Borussia Dortmund priced at 1.24 for the win with Club Bruges 11 and the draw 6.35.

Make sure to Borussia Dortmund vs Club Bruges with 22Bet!