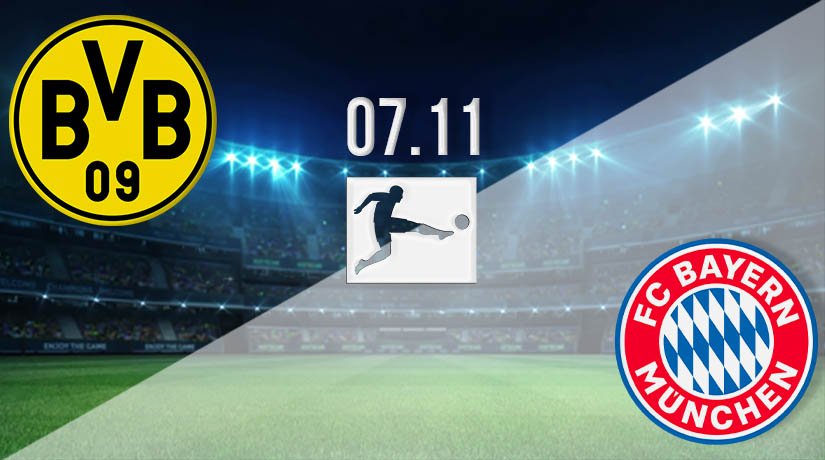 We enter week seven of the German Bundesliga season and the league is already beginning to take shape with the usual suspects filling the major places at the top while the early strugglers battle to avoid being sucked towards the relegation zone. In this preview, we focus on what should be an entertaining match as Borussia Dortmund take on Bayern Munich on Saturday from 17:30 in a game that will be shown live on television.

These teams are no strangers to clashing in competitive action and Saturday’s game will be the 122nd meeting between the pair. The head-to-head stats show Bayern Munich have enjoyed plenty of success over the years, winning 56 times against Dortmund who have 32 victories with 33 ending in a draw. The pair served up a five-goal classic last time and neutrals will be hoping for more of the same here.

Dortmund fighting for the top spot

Borussia Dortmund are second in the Bundesliga table with 15 points on the board, sitting level with Bayern Munich but behind on goal difference. The locals have played six and won five already, losing the spare, scoring 13 goals and conceding just two. That defensive record is impressive, but it will be put under pressure by the might of the Bayern Munich attack on Saturday.

The home team were last seen in action scoring a 2-0 victory over Arminia Bielefeld a week ago, easing to the points. Hummels netted a double that day with both goals coming in the second half after Borussia had failed to find an opening despite dominating possession in the first 45. They have now scored five goals on their last two league games while keeping a pair of clean sheets.

Munich have won their last four

Bayern Munich are back on top of Bundesliga with their stats for the campaign so far showing five wins against one defeat with 24 goals scored and nine conceded. They have 15 in the goal difference column which is four better than their hosts and enough to push them ahead of the chasing pack. A win at the home of their rivals would help confirm them as favourites for another league title.

Munich have taken a dozen points from their last four games and rounded off October with a 2-1 away win over Koln. Muller opened the scoring from the penalty spot in that contest before Gnabry put the game to bed in stoppage time at the end of the first-half.

This is a meeting of a great defence against a fantastic attacking team and that should make for a thrilling 90 minutes. Dortmund must maintain their recent form at the back if they are to frustrate their opponents and get anything out of the game. Munich must take any chances that come their way.

Make sure to bet on Borussia Dortmund vs Bayern Munich with 22Bet!