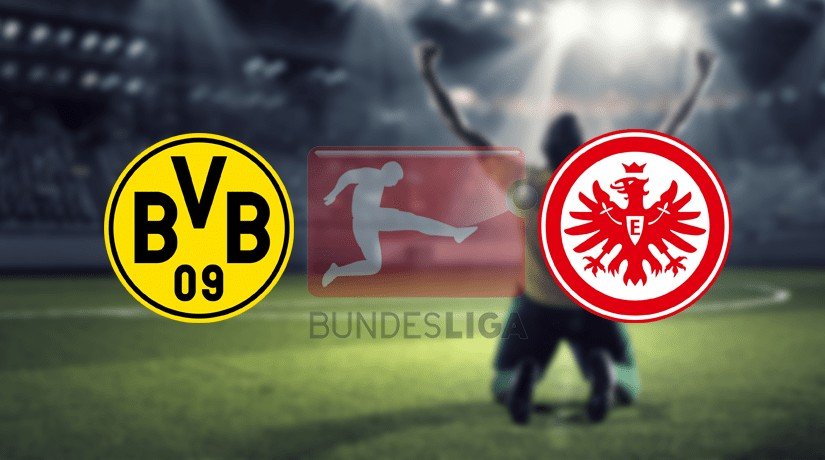 Dortmund’s campaign to stumble Bayern this season seems to be going nowhere near yet. They are still stuck on a third of the table with a four-point difference from the top. Although it is still possible to take over the throne, it is their inconsistency which in their way to the top. This weekend, Lucien Favre’s men have to be careful while hosting Frankfurt. They might still be in the mid-table but they have been unbeaten in 2020 in all competitions, including trashing RB Leipzig twice in Bundesliga and DFB Pokal.

Dortmund failed to win last week. They were beaten 3-4 by Bayer Leverkusen in Bay Arena. Erling Haaland’s shining form and goals finally could be stopped in this match. He was unable to neither score nor provide assists for this team. Kevin Volland’s brace, Leon Bailey’s and Lars Bender’s goal were the one which made the difference as Dortmund could only respond three goals by Matts Hummels, Raphael Guerrero and their new signings, Emre Can.

Meanwhile, Adolf Hutter’s men hammered Augsburg last weekend by 5-0. Two wingers of their own, the American Timothy Chandler and the Serbia Filip Kostic bagged a brace each. Another one was scored by the AC Milan loanee, Andre Silva.

Lucien Favre has been in favor of several formations from 4-2-3-1, 4-3-3 and 3-4-3. The arrival of one of the most anticipated young star this season, Erling Haaland, has given additional attacking options, especially since Paco Alcacer was sold in the last transfer window. His excellence in positioning and pace helps Dortmund to score more goals lately.

His counterpart, Adolf Hutter, has opted for more various formations than 3-5-2, which was often deployed last year. He mainly employs 4-4-1-1, 4-2-3-1 or 4-4-2 lately with Bast Dost or Goncalo Paciencia as the targetman supported by two deadly wingers, Timothy Chandler and Filip Kostic.

Among all players in Dortmund’s squad, Erling Haaland is definitely the main deadline. Since his arrival in Signal Iduna Park in 2020, the son of the former Norwegian international, Alf Inge Haaland, has netted eight goals in all competitions. Another notable one is surely Jadon Sancho, who has scored twelve goals and thirteen assists in Bundesliga only.

In Frankfurt, the current top performers are Filip Kostic with four goals and eight assists, and the Austrian defender, Martin Hinteregger with six goals and one assist so far. Another key figure of the team lately is Timothy Chandler.

Marco Reus and Co should have all advantage to secure three points here, something they should be doing for keeping their hope to win the title alive. Yet, it will not be an easy task considering Hutter’s men’s positive trend this year despite still being on a ninth of the table. A draw might be the most reasonable result.

The host seems to be regarded as the favorite according to the punters. They are backed to win at 1.39, which is far from Kevin Trapp and Co’s odds to win. They are only priced to win at 6.75, whereas the odds for the draw result are at 5.15.

Make sure to bet on Borussia Dortmund vs Eintracht with 22Bet!