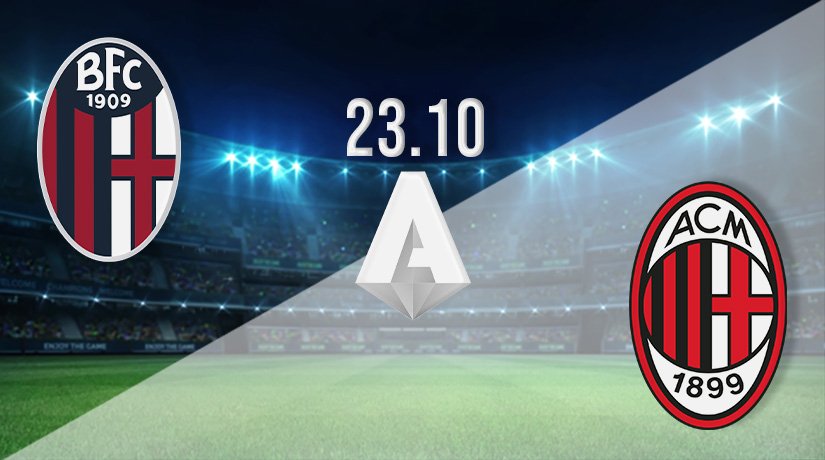 AC Milan seem to have emerged as the leading contenders to Napoli this season, and will be looking to maintain pressure on the league-leaders with a win on the road against Bologna on Saturday. The hosts will be looking to bounce back after drawing last weekend.

AC Milan are certainly on the right track, and have shown that over the early weeks of the season. Milan are currently second, but could move top with a win on Saturday. Bologna are down in eighth, but could move into the European places with a win against their famous visitors this weekend.

Milan will be very pleased with the way that they have started the season, as they have picked up seven wins from eight games. They are one of just two teams that are yet to lose a game this term, with the only other unbeaten side being Napoli. They made it a fourth win on the bounce in their last Serie A fixture, as they came out on top against Hellas Verona in an entertaining game.

Milan came from behind in that fixture to claim the 3-2 win. Oliver Giroud scored after 60 minutes to make it 2-1, before a penalty from Franck Kessie and an own goal in the space of two minutes turned the game in Milan’s favour.

Bologna have been in fairly strong form throughout the season, as they have lost just twice in eight fixtures. They come into this game having lost once in four, and have taken four points from their last two matches.

They weren’t able to make it two wins on the bounce in their last fixture, as they were held to a 1-1 draw by ten-man Udinese. Udinese were reduced to ten after 40 minutes, and Bologna may have believed they would have been able to get the points after Musa Barrow’s opener. However, the hosts hit back with eight minutes to play.

Bologna have beaten Milan on just two occasions in 24 meetings in Serie A since 2008. Both wins have come at the San Siro, while Milan have won on their last two visits to Bologna. Milan have scored at least two goals in this fixture in the last five meetings.

The overall record between these sides doesn’t give the hosts much chance. Milan have been in excellent form this season, and have an excellent record on the road against Bologna. That record should be extended this weekend with another victory.

Make sure to bet on Bologna vs AC Milan with 22Bet!