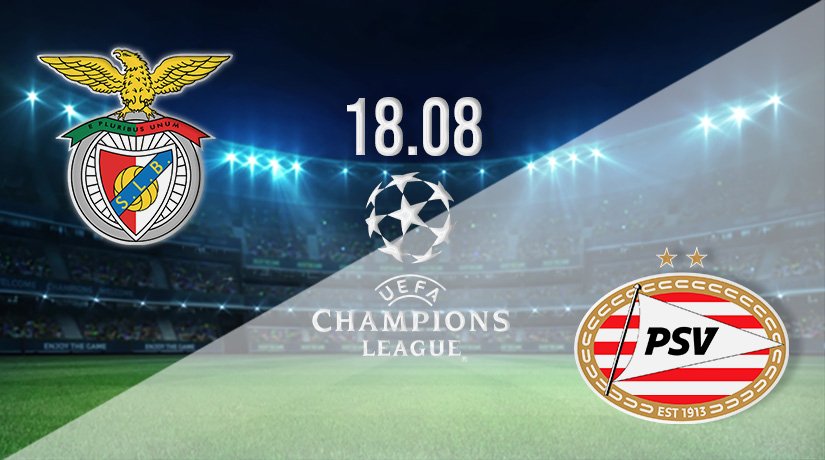 Two elite European clubs will meet in the Champions League play-off round on Wednesday evening. However, only one of the sides will be able to reach the group stages of the famous competition.

Benfica’s competitive season has got off to a steady start, as they are unbeaten in four games so far this season in all competitions. They have started the domestic Portuguese season with two wins from two, as they sit third in the league table. Meanwhile, in the Champions League, they effortlessly reached the play-off round after seeing off the challenge of Spartak Moscow in the previous round. Benfica won both games 2-0 to claim a 4-0 aggregate success. They made sure of their passage through to this round of the competition with a 2-0 win in Portugal last week. Both goals were scored in the second half, as they eased over the line. Joao Mario scored the first goal just before the hour mark. Meanwhile, an own goal by Samuel Gigot in the 92nd minute made sure of the win in the second leg.

PSV look a serious threat this season in their domestic league, as the new signings that they have made have immediately settled at their new club. PSV have won all four competitive fixtures that they have played since the start of August, and they haven’t conceded a goal. They won their third qualifying round fixture against Midtjylland 4-0 on aggregate, with a 1-0 success against the Danish side coming last week. They made it two wins from two in the league at the weekend, as they beat Heracles 2-0 on the road. Bruma and the very impressive Noni Madueke scored the goals in the victory over their Dutch rivals.

Benfica vs PSV Head to Head

Benfica and PSV have met in the Champions League on three occasions in the past. One of those fixtures was the 1988 Champions League final, which was won on penalties by PSV. The most recent fixtures came in 1998-99 group stages, as Benfica won the game in Portugal, while a 2-2 draw was played out in the Netherlands.

This should be a high-quality fixture between two very good sides this week. However, it’s hard to ignore the form that PSV have been in so far this season, and we expect them to claim a narrow victory to take back to the Netherlands.

Make sure to bet on Benfica vs PSV with 22Bet!