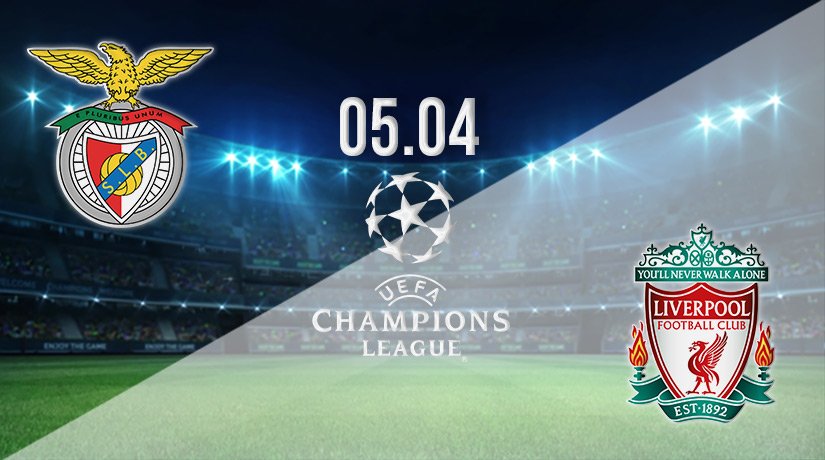 The business end of the Champions League season gets underway this week, as the first legs of the quarterfinals are played across Europe. Liverpool will be looking to maintain their fine away record in the competition by claiming a lead away at Benfica before the return leg at Anfield next week.

Liverpool will be looking for a second Champions League success under Jurgen Klopp this season, and also remain in the hunt for all four trophies at this stage of the campaign. The Reds will certainly go into this fixture as the outright favorites to progress, and that could set up a semi-final showdown against Bayern Munich.

The Reds had been one of the sides remaining in the competition still boasting a 100% record after the group stages. However, that was ultimately ended in the last game that they played, as they were beaten 1-0 by Inter Milan. Liverpool only had themselves to blame in that fixture, as they passed up a number of excellent opportunities to get back into the game.

Liverpool’s form in the Champions League throughout this season has been nothing short of spectacular, as they have sailed through every task assigned to them. The Reds won all six games in Group B, which saw them beat Atletico Madrid, FC Porto and AC Milan home and away. This will also be Liverpool’s second trip to Portugal this season, as they beat the Portuguese leaders 5-1 earlier in the season away from home.

Benfica will be looking to create another famous moment in the Champions League this season, having already eliminated Barcelona in the group stages. Their home form has been their strongest trait throughout the competition, as they beat Barcelona 3-0 and Dynamo Kyiv 2-0 with home advantage. However, whether they have the quality required against the Reds to cause a shock is up for debate.

Confidence will be extremely high within the camp coming into this fixture, as they caused yet another shock in the previous round. Heading into their round of 16 tie against Ajax, many believed that the Dutch outfit were the potential dark horses to win the entire competition this term. There was no doubt that Ajax would have remained favourites to progress after a 2-2 draw in Lisbon in the first leg.

However, Benfica produced one of their best performances in European competition for many seasons to edge past the Dutch giants in Amsterdam. They limited Ajax to just two shots on target in that match, and then struck the decisive goal with just over ten minutes remaining, as Darwin Nunez found the net. But, this will be a completely different challenge for the Portuguese side against the free-scoring Premier League side.

Benfica vs Liverpool Head to Head

This fixture between two former European champions has been played on eight previous occasions. The Reds hold a narrow advantage in the overall record, as they have won on five occasions, while Benfica have won three times.

The most recent meeting between the sides came in the round of 16 in the 2005-06 season. Benfica won home and away in that tie, and didn’t concede a single goal. Benfica have also won the previous three fixtures between the sides, and are unbeaten in their last two at home.

However, Benfica’s recent home form against English opposition isn’t as strong, as they have won just once in their previous six home games. That win came against Newcastle United in the Europa League in 2013. Meanwhile, Liverpool are unbeaten in their last eight Champions League fixtures against Portuguese opposition. But, all eight of those meetings have come against Porto.

Liverpool have no fresh injury concerns ahead of this fixture, with the Reds only having to deal with the absence of Curtis Jones. Meanwhile, Benfica will be without forwards Rodrigo Pinho and Haris Seferovic, while Lucas Verissimo is also missing.

Liverpool don’t know any other way to play except on the front foot. The performances from the Reds over recent weeks haven’t really hit the high standards many expect, but the results have still been solid. Klopp will be keen for his side to take a stranglehold on the tie, just as they did at the San Siro in the previous round.

The early challenge for Benfica will be able to deal with the fast start that the Reds make, and an early goal could make their challenge almost impossible. It’s hard to see past any other result than a win for Liverpool as they look to stay on course ahead of their Premier League showdown with Manchester City on Sunday.

Make sure to bet on Benfica vs Liverpool with 22Bet!